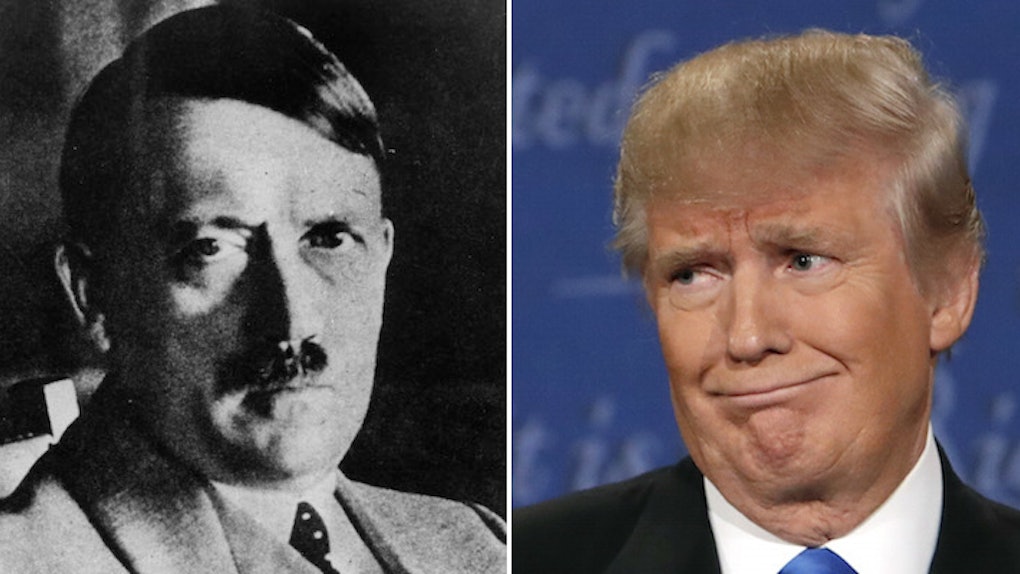 Michiko Kakutani did not write "Donald Trump" once -- but she didn't have to.

Kakutani is a book critic for The New York Times, and her review of a new Adolf Hitler biography, "Hitler: Ascent, 1889-1939" by Volker Ullrich, was published online on Wednesday.

Although this is technically a book review, Kakutani took the time to write out points from the Hitler biography, explaining exactly what the book includes.

But in doing so, Kakutani basically just threw a ton of shade at Republican presidential nominee Trump.

Because -- oh, gee! -- the story of the rise of Hitler sure does sound a whole lot like the rise of Trump.

The Washington Post asked The Times if the review was really about Trump. The Times responded,

The review speaks for itself.

Let's take a look at the facts as Kakutani laid them out (in a clear, bullet-pointed list):

1. Hitler was an egomaniac with a "characteristic fondness for superlatives."

I know words, I had the best words.

2. Hitler used "the latest technology...to spread his message" and couldn't recognize the difference between lies and the truth.

"These false attacks by Hillary Clinton trying to link the Star of David with a basic star, often used by sheriffs who deal with criminals and criminal behavior, showing an inscription that says 'Crooked Hillary is the most corrupt candidate ever' with anti-Semitism is ridiculous." -- Statement, 7/5/16

4. Hitler promised "to lead Germany to a new era of national greatness."

6. The German political parties were unwilling to compromise, making Germans believe having "a man of iron" to shake things up would help.

"I have no patience for injustice, no tolerance for government incompetence, no sympathy for leaders who fail their citizens." -- Republican National Convention speech, 7/21/16

Trump vows to shake things up.

7. Hitler's appearance and demeanor caused many people to dismiss him as entertainment rather than a real threat.

8. "Many Germans jumped on the Nazi bandwagon not out of political conviction but in hopes of improving their career opportunities."

9. Hitler spoke in a pessimistic voice and turned away from the makings of a civil society.

"Our Convention occurs at a moment of crisis for our nation. The attacks on our police, and the terrorism in our cities, threaten our very way of life." -- Republican National Convention speech, 7/21/16

Of course, just like Kakutani, we're not saying Trump is Hitler.

But, well, many people are saying they're similar, and someone should really look at that.