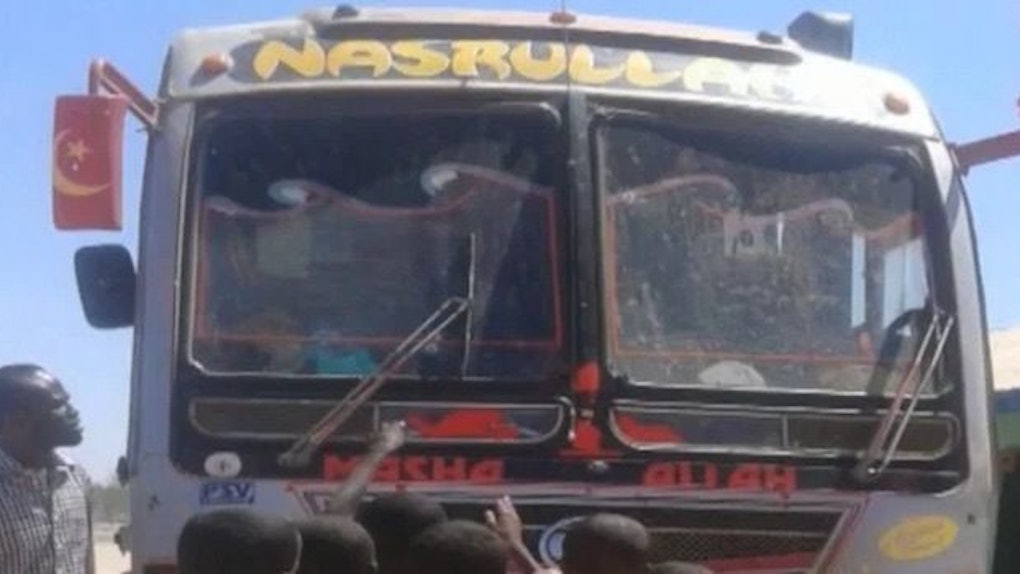 Kenyan Muslims just sent a powerful message of solidarity to the world when they protected Christians during a terror attack on a bus in Kenya.

On Monday, al-Shabaab militants ambushed the bus as it traveled to the northeastern Kenyan city of Mandera, hoping to target and kill Christian passengers.

But Muslims on the bus were not having it and shielded the Christians from the militants. According to witnesses, the Muslims told the attackers to kill all of them or leave them alone, CNN reports.

When the militants told passengers to get off the bus and separate themselves by religion, they refused. Passenger Abdiqafar Teno said,

[The Muslim passengers] told [the militants], 'If you want to kill us, then kill us. There are no Christians here.'

Tragically, a Christian man who attempted to flee was shot and killed, as was a driver of a truck following the bus. But the courage of the Muslim passengers helped save a number of lives.

These Muslims sent a very important message of the unity of purpose, that we are all Kenyans and that we are not separated by religion. Everybody can profess their own religion, but we are still one country and one people.

This is not the first time al-Shabaab, an al-Qaeda affiliate based in Somalia, singled out non-Muslims. Last year, it attacked a bus and shot those who failed to recite verses from the Quran, killing 28 people.

In April, the extremist group killed around 150 people when it attacked the campus of Garissa University College in Kenya.

Over the summer, the US began targeting al-Shabaab with greater intensity. In early December, the Pentagon reported a US strike killed a senior leader from al-Shabaab via an airstrike in Somalia.

Meanwhile, it's quite disconcerting hate crimes against Muslims in the US increased drastically following the terror attacks in Paris and San Bernardino.

The incendiary and Islamophobic rhetoric of Republican presidential candidate Donald Trump, among others, has not been helpful in this regard.

Monday's incident, and the bravery of those involved, is emblematic of the fact jihadists do not represent the world's 1.6 billion Muslims.

Islam and terrorism are not synonymous. It's possible for Muslims and Christians, and people of many different faiths for that matter, to live in peace and harmony. The fearless Kenyan Muslims who stood up against al-Shabaab on behalf of their Christian brothers and sisters are proof of that.