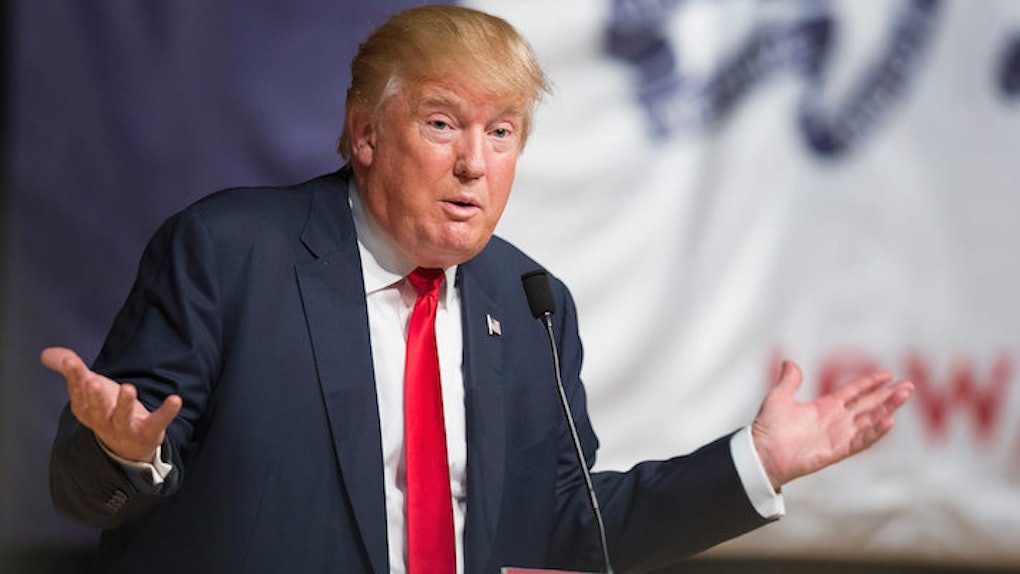 Donald Trump has been a frontrunner in the 2016 presidential race among Republican supporters, but a recent poll by Monmouth College shows the Millennial demographic does not feel the same.

According to the research, just under half of 300 young adults ages 18-24 who participated in the survey have an unfavorable opinion of Trump; only 17.5 percent had a favorable opinion.

Of the Independent subjects polled, only 14 percent have a positive opinion of Trump; whereas, 62 percent of independents have a negative opinion of the presidential candidate.

Among right-wing supporters, however, Millennials polled approved of Trump by a 34.8 percent to 13 percent margin.

If Trump does win the Republican vote, when stacked up against Democratic competitor Hillary Clinton, he doesn't stand a chance with Millennial voters. Support for Clinton comes in at 37.7 percent of Millennial voters, compared to Trump's 24.9 percent.

The poll also suggests that Trump's bad standing with the Millennial demographic may be attributed to his offensive proposal to ban Muslims from entering the United States. In fact, 49.4 percent of young adults polled said the plan would make them less likely to vote for Trump; whereas, 17.5 percent actually said it would make them more likely to want him in the Oval Office.

Support for Trump might be down among the sizable Millennial demographic, but the numbers aren't staggering and are subject to change between now and November 2016.