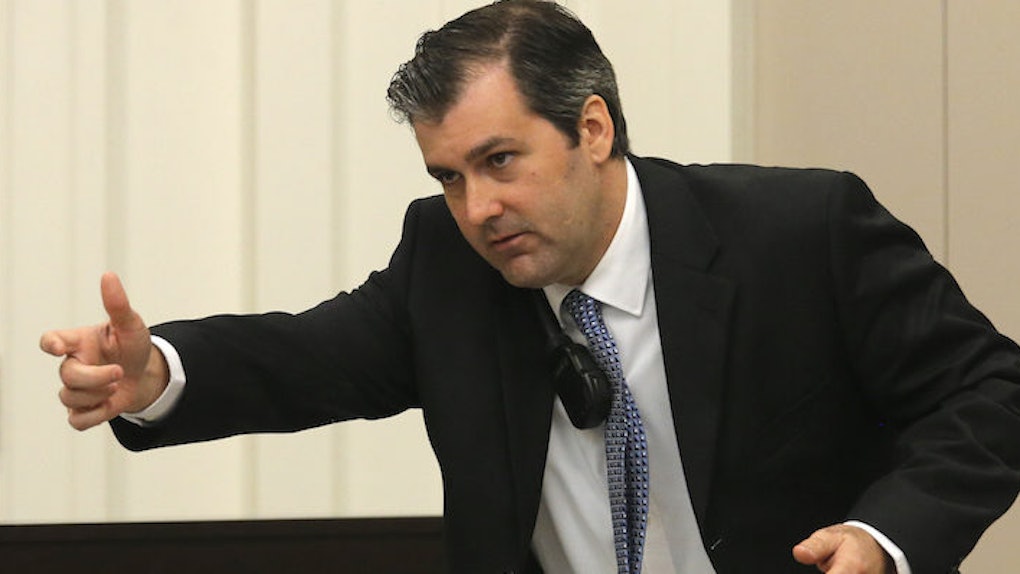 Walter Scott Trial Fails To Reach Verdict Because Of One Juror

On Monday, Circuit Court Judge Clifton Newman declared a mistrial in the case of Michael Slager, the former North Charleston police officer who was charged with the murder of 50-year-old Walter Scott, AP reports.

The jury involved in the case said it couldn't reach a unanimous verdict for Slager, who could've been convicted of either murder or voluntary manslaughter charges for the killing of Scott.

The jurors had deliberated for more than 22 hours over the course of four days.

On Friday, the jury in the trial of ex-police officer Michael Slager – who shot and killed Walter Scott – failed to reach a verdict, the New York Daily News reports.

The deadlock was caused by one holdout, who handed the judge a note that said the jury "may never reach a unanimous decision," adding,

We all struggle with the death of a man and all that has been put before us. [But] I cannot in good conscience find the defendant guilty. I cannot and will not change my mind.

This note was reportedly accompanied by another note from the jury foreman, which said the holdout juror "had issues" and "needed to leave."

Before this occurred, the 12-member jury – made up of 11 white people and one African American – had already told the judge they would not be able to "reach a consensus," but he ordered them to engage in further deliberations.

The case is now headed for a mistrial.

Slager was charged with murder over the death of 50-year-old African American Walter Scott.

The former North Charleston police officer, who is white, shot and killed Scott as he fled a traffic stop in 2015.

Scott, who was unarmed, was shot in the back five times as he was running away from Slager.

A bystander caught the incident on video, which generated widespread outrage.

In the video, Slager appeared to plant a taser on Scott's body after shooting him.

Slager said he shot Scott because he feared for his life.

It's difficult for many to accept this, however, given Scott was running away from Slager when the ex-cop opened fire.

In spite of the evidence against him, one juror apparently was not willing to declare Slager guilty of murder.

Given the nature of the case, people are absolutely furious about this.

This appears to be yet another example of law enforcement not being held accountable for unnecessarily taking someone's life while in the line of duty.