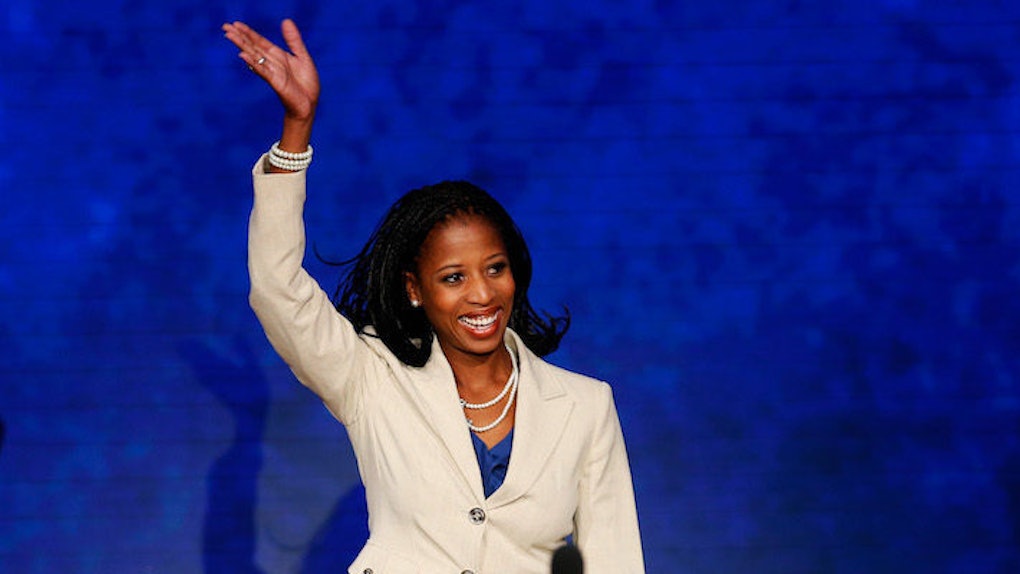 Unless you've been living under a rock, you know that Donald Trump is the Republican Party's presumptive presidential nominee. Ted Cruz dropped out of the race, and John Kasich followed suit shortly thereafter.

The road to the nomination was rocky for the Republican Party. Trump does not conform to the GOP's platform. Nor does he pander to the establishment to earn its support (i.e, money). As demonstrated by his clenching of the nomination – despite the ire of many Republicans – Trump didn't aim to appease the party's establishment. This makes his campaign all the more fascinating.

Trump energizes some people while alienating others. People hate him. People love him. All of these people are interested in his “next move.” People want to know who his vice presidential running mate will be.

Now that Donald Trump has clenched the GOP nomination, he will likely work to gain support from those who supported his GOP opponents. If he plays his cards right, his choice of running mate could help him “win over” people who have been vehemently opposing him.

It could make or break the next phase of his campaign: running directly against the Democratic Party's nominee.

Though he may come across as needing no help, Donald Trump might want to consider a GOP VP nominee who balances him out and helps neutralize some of his “negatives.” Congresswoman Mia Love could be just the person for the job.

From birth, Trump was afforded more opportunities than the average person. His father was a successful real estate developer.

Because he has always been part of “the 1 percent,” people love to hate him, and they call him “elitist.”

How could Mia Love as Trump's running mate balance the scales in that regard? The odds were stacked against Love's immigrant family.

She is the youngest of three children, and the daughter of Haitian immigrants. Her parents came to America about a year before Mia's birth, with just $10 between them. They knew no English.

As she was raised without much money, Mia said her life, and later, her politics, were shaped by her humble childhood. The fact that Love was not born into economic riches would help balance the GOP ticket in light of Trump's alleged elitism.

Trump has been labeled a misogynist. He justifies his controversial statements via nonchalance or opposition to political correctness.

Can he overcome his labels of being “sexist,” "misogynist" and “chauvinist?” Based on the current media coverage of him, I don't know if that's entirely possible.

In case you didn't already figure this out, Mia Love fits the bill. She is a woman who has held several positions of leadership.

Trump is accused of being racist. Is he racist? I don't know.

But people are apt to assert he is. Could his choice of VP running mate help present himself as otherwise? Perhaps, if said person is not Caucasian: aka Mia Love.

Trump has famously (infamously?) stated that not only will he build a wall between America and Mexico, but that he will also make Mexico pay for the wall. With that kind of visual, it's no wonder people accuse him of being “anti-immigrant.”

When he was charged as being anti-immigrant, Trump asserted that national security is his motivation, as opposed to immigration in general. How better to bolster Trump's aforementioned national security-immigration argument than by running alongside a person whose family immigrated to the United States?

Mia Love's parents emigrated from Haiti to America. She has even been called an “anchor baby.” (Gasp.)

Trump and his GOP ticket would appear much more pro-immigration if his running mate happened to be a second-generation immigrant like Mia Love.

Is “age ain't nothing but a number” applicable to political races? While he was running for president in 2008, John McCain's age was a topic of concern.

Trump is clearly not too “old” to run for President, as he does so alongside 74-year-old Sanders and 68-year-old Clinton. But could the age of Trump's running mate give the GOP ticket a more youthful appeal? Maybe.

If so, Mia Love helps in that regard. She's quite a bit younger than Trump: nearly three decades younger. She is 40.

Trump is accused of not being a “true conservative.” People have been calling him “a liberal in disguise.”

While some people consider Trump's evolution from liberal to conservative as being purely political and self-seeking, he attributes his political conversion to the development and maturation of his beliefs over time. But many people refuse to accept such inconsistency.

Could a vice presidential running mate with more conservative consistency balance Trump's ticket from the perspective of the GOP? Probably.

Mia Love's platform has been consistent. It's extremely difficult for anyone to argue that Mia Love is not a “true conservative.” The American Conservative Union gives her a 96 percent conservative rating because she has consistently supported, defended and promoted conservative values.

She was even invited by the establishment to speak at the 2012 Republican National Convention. The addition of Mia Love to the GOP ticket could supplement Trump's lack of appeal among the conservative establishment.

Trump has never been elected to any political office. He has never even run for one before this election season.

While the fact that Trump isn't a career politician does appeal to many people, others don't have the same views when it comes to electing a commander in chief. Trump is accused of not having enough political experience to be qualified to run for president.

Choosing a running mate who has served in public office may help balance Trump's GOP ticket in that regard. Mia Love does have the experience in public office that Trump lacks. While she was still in her 20s, she was elected to the Saratoga Springs City Council in 2003.

This made her the first Haitian-American to be elected to office in Utah County. She served in this capacity until she was elected the mayor of Saratoga Springs, where she served from 2010 to 2014.

In 2014, she became the first black Republican woman to be elected to Congress. Mia Love's political experience could help Trump overcome the accusation that he's unqualified to hold public office.

If Mia Love ran alongside Donald Trump in the 2016 presidential race, the GOP ticket would be more balanced in terms of roots, sex, race, age, consistency and political experience. This is not to say Trump's chances of winning the election over Clinton or Sanders would increase if congresswoman Mia Love ran alongside him. This is not to say Mia Love would even agree to run as Trump's VP.

This is not to say Trump would consider her for the position in the first place. This is just to ask, "What if?"

This post was initially published on the writer's personal blog.