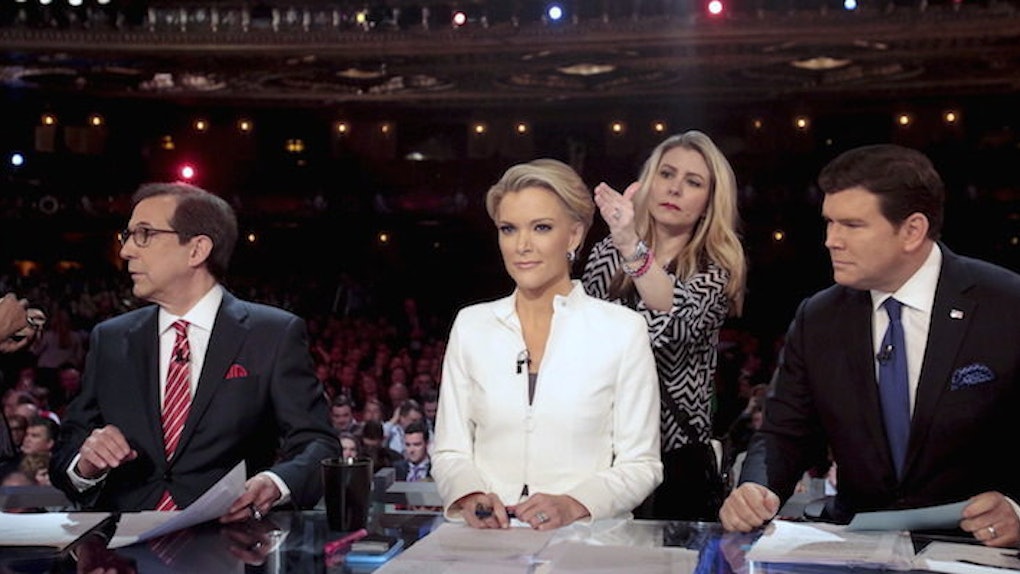 Megyn Kelly spoke to Katie Couric about the root of her toughness at Tina Brown's Women in the World Summit in New York City on Wednesday.

Kelly, a Fox News host, became part of the presidential election story when Donald Trump began attacking her last August. At a debate, she called out his history of sexist comments and asked him about it. He retaliated with months of insults and a boycott of a later debate hosted by Fox.

Through it all, Kelly has continued going after Trump's sexism and doing her work. Couric asked if her parents had helped to create this strong, ambitious demeanor.

My parents were basically expecting me to be a cheerleader.

Kelly said while she was in high school in upstate New York, cheerleading was the only thing she had any interest in. And she wasn't even very good at it -- she still can't do a cartwheel.

I didn't really take myself seriously as an academic student until I got to college and decided I wanted to go to law school.

Kelly went on to say:

My parents never said, 'You're great and you're smart and you can do it.' They did two things: They showed me that they believed in me, and they also insulted me.

She said she once asked her mom if she was smart, and her mom told her she's "about average." Kelly was laughing through this conversation and said this realness from her parents really helped:

It gave me the greatest gift, which is self-awareness. I never grew up thinking everything I did was awesome. But if I did something that was good, I believed the praise... because it was so infrequent.

Kelly's parents were supportive and did believe in her, but they weren't constantly throwing her praise and telling her she's so magnificent. This allowed her to recognize her achievements and not have an inflated self of sense. She appreciates this method of parenting.

Show, don't tell your kids. Let them see that you actually believe in them, and do not give them a bunch of false praise.

It clearly worked for Kelly considering how far she has come in her life. Whether you agree with some of her opinions or not, you can't deny she's one of the few reporters to have the gall to stand up to Trump on a national stage and demand he addresses his sexism.

After years of her parents' real talk paired with their real belief, Trump's attacks are probably that much easier for her to brush off.