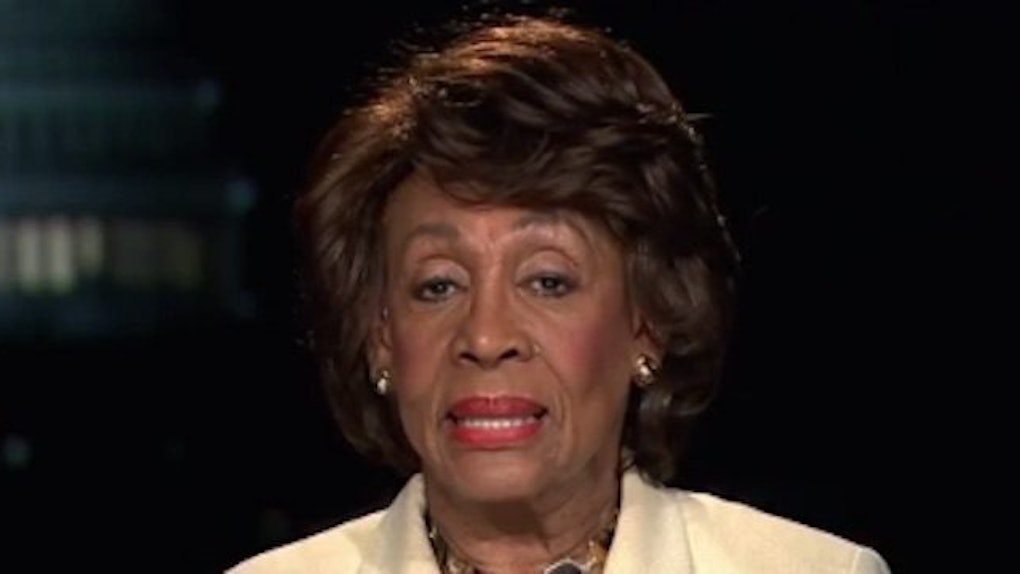 O'Reilly viewed a clip of Waters making the argument that resisting President Donald Trump is an act of patriotism.

Instead of offering a logical or intellectual response to Waters' assertion, O'Reilly attacked her appearance.

I didn't hear a word she said. I was looking at the James Brown wig. If we have a picture of James, it's the same wig.

Rep. Waters responded in an incredibly inspiring way, proving she is clearly not fazed by O'Reilly's ignorance.

On MSNBC's "All In with Chris Hayes," she said,

And I'd like to say to women out there everywhere, don't allow these right-wing talking heads, these dishonorable people to intimidate you or scare you. Be who you are, do what you do, and let us get on with discussing the real issues of this country.

After this, many took to Twitter to applaud Waters for her fearlessness and integrity.

Some even called for her to run for president in 2020.

O'Reilly apologized for what he said, but many weren't buying it.

Not to mention, O'Reilly has a long history of making backwards comments, especially in relation to people of color.

In July 2016, O'Reilly attempted to lecture the Black Lives Matter movement about Martin Luther King Jr., arguing the civil rights leader wouldn't have protested with them in the present day.

Based on what O'Reilly said about Rep. Maxine Waters, he clearly doesn't know a thing about Martin Luther King Jr.

Perhaps he should review Dr. King's iconic "I Have A Dream" speech, which states,

I have a dream that my four little children will one day live in a nation where they will not be judged by the color of their skin but by the content of their character.

O'Reilly may not have explicitly judged Waters by the color of her skin, but his attack on her appearance was really no different.

He refused to give Waters, a member of the United States Congress, the respect she deserves.

Simply put: O'Reilly did not judge her by the content of her character.

So, the next time he wants to cite MLK Jr. to defend his regressive worldview, someone should replay what he said about Waters.

Citations: Maxine Waters swings back at Bill O'Reilly: 'I'm a strong black woman and I cannot be intimidated' (The Washington Post)