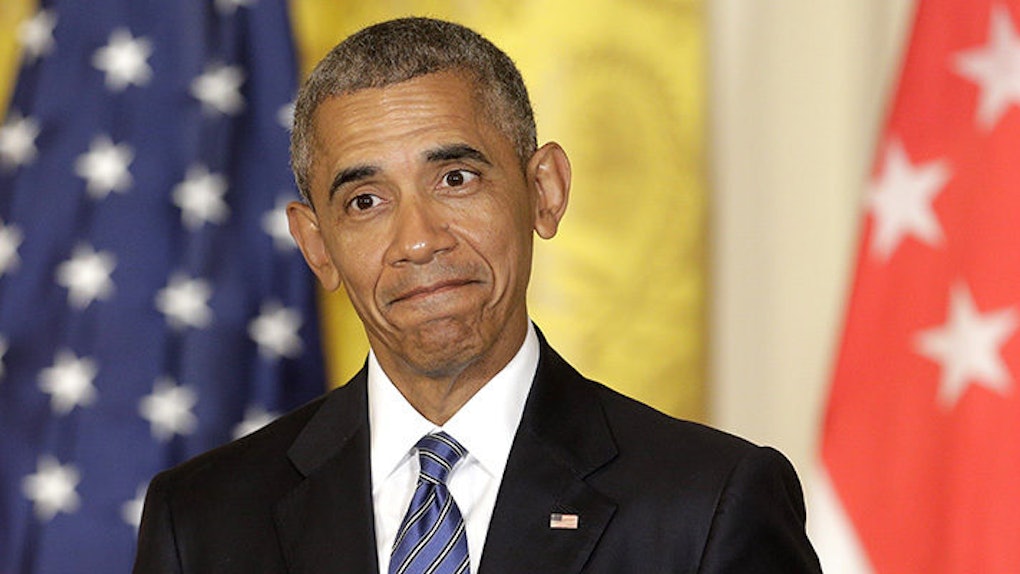 Marsha Blackburn, a Republican congresswoman from Tennessee, is a staunch supporter of repealing the Affordable Care Act, popularly known as Obamacare.

On Wednesday, she tweeted a poll, asking people whether they support her in this endeavor.

As you can see, it completely backfired.

Yep, she got shut down — HARD.

With that said, polls like this obviously aren't scientific and aren't a reliable sign of where the public stands.

Still, it's safe to say Blackburn might avoid looking for political support on social media anytime in the near future. It's always a risky gamble.

Her Twitter poll comes as Republicans and Democrats debate over the future of Obamacare in Congress.

Republicans in Congress really don't like Obamacare. That's not exactly a secret.

They've fought hard to see it dismantled since it was signed into law back in March 2010.

Now that Donald Trump has been elected, they are kicking this effort into overdrive.

On Wednesday, Vice President-elect Mike Pence made it clear the Trump administration will fight hard for repeal:

Make no mistake about it: We're going to keep our promise to the American people — we're going to repeal Obamacare and replace it with solutions that lower the cost of health insurance without growing the size of government.

Repealing and replacing Obamacare isn't so simple, however, and it's not something the American people necessarily support.

Beyond unreliable Twitter polls, in terms of where actual public opinion stands on this issue, Americans are fairly divided.

At the same time, 30 percent support expanding it, 18 percent want lawmakers to keep it as is and 17 percent want to see it scaled back.

Republicans currently do not have a replacement plan for Obamacare, in spite of their calls to repeal it. They are currently taking what is being called a "repeal and delay" approach.

In other words, they will likely vote to repeal Obamacare, but phase it out over time so that millions of people don't instantaneously lose health coverage.

This could have a detrimental impact on health insurance markets, among other negative consequences.

In short, the future of Obamacare hangs in the balance, and we can expect fierce debates in Congress in the months to come.