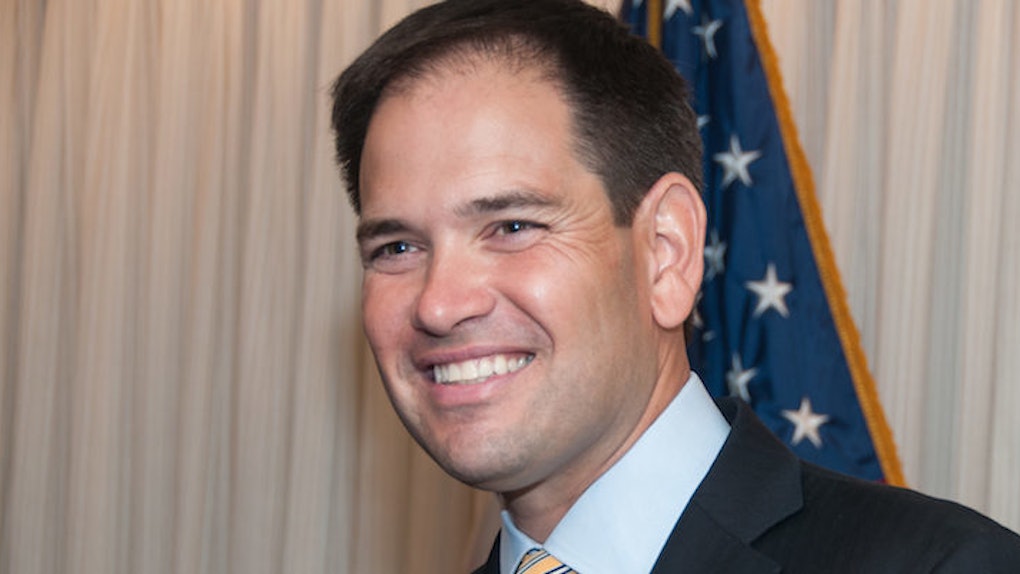 This might be a little harsh, but Republican presidential candidate Senator Marco Rubio is exceptionally boring.

He could put a classroom full of kindergartners hyped up on Mountain Dew to sleep in seconds. The truth hurts, but honesty is important.

Sorry I'm not sorry, but regardless of whether or not you agree with Rubio on the issues, it's not unfair to characterize him as a relatively monotone individual.

Rubio's got no flash, no pizzazz, no spark.

His campaign is like Steve Carell's character at the beginning of "Crazy, Stupid, Love": He's wearing dad jeans, crusty New Balance sneakers and getting his haircut at Supercuts (yes, I've seen that movie more times than I care to admit). Simply put, Rubio is in desperate need of a makeover.

He's far too stiff and traditional, which is surprising given he's the youngest presidential candidate at 44 years old.

In Rubio's defense, it's pretty hard to top the highly-publicized and provocative performances of Donald Trump and Ben Carson.

Between Trump getting the xenophobes all riled up with his talk about "Mexican rapists" and Carson comparing women who get abortions to slave owners, Rubio has stiff competition.

Based on the way things are going right now, the only way to win the Republican nomination is to be as obnoxious, insane and offensive as possible.

But it seems Rubio might be more self-aware than he lets on; he just released a new promo for Wednesday's GOP debate that is actually somewhat funny and pokes fun at his fellow candidates.

It won't have you falling out of your seat, but it's a surprising and new approach from the Florida senator.

Not to mention, it might help you with your fantasy football season -- unless your team is as terrible as mine. Thanks, Obama.

Check out Rubio's new video below.

Will Rubio bring this newfound sense of humor to the GOP debate on Wednesday night? Only time will tell.