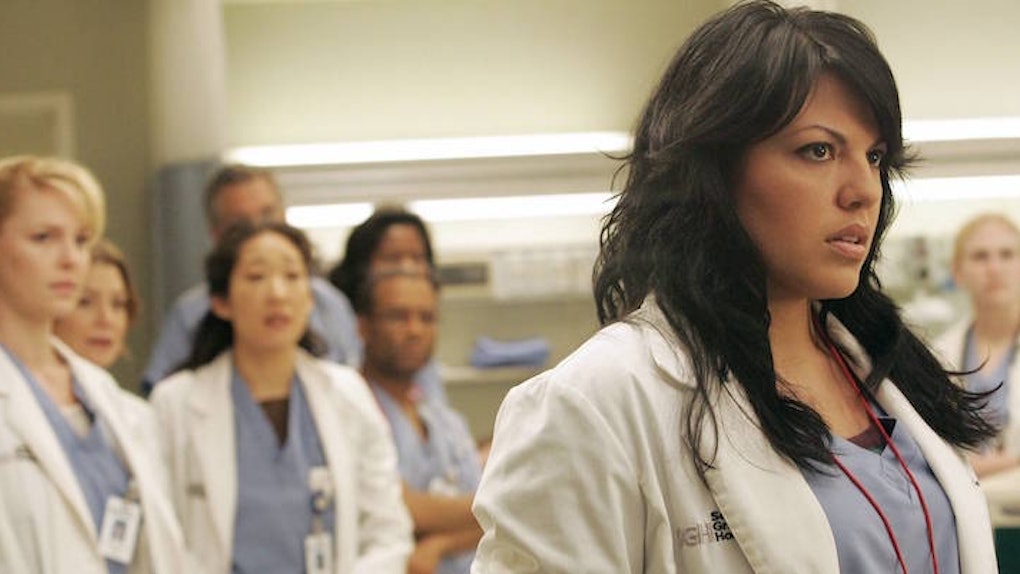 But a woman’s control of her body may now be under threat.

The other requires doctors performing abortions to have admitting privileges at a nearby hospital.

If the law is upheld, legislation in 14 states designed to restrict access to abortion – from waiting periods to two-visit requirements to forced ultrasounds – will be validated, making reproductive choices more difficult for women across the country.

These laws are intended to make this process cumbersome, costly and medically unnecessary under the erroneous guise of protecting women’s health; but no evidence supports this claim.

Additionally, first trimester abortions, which account for the overwhelming majority of all abortions, are already among the safest medical procedures available.

A woman’s health becomes endangered when legal abortions are limited or impossible to obtain. This forces women to wait until later in their pregnancies, increasing the risk of complications.

The Guttmacher Institute reports banning abortions doesn’t reduce its demand, and it leads to women using unsafe and illegal means to end their pregnancies.

When legal abortions are restricted, poor women turn to illicit drug use, illegal clinics or self-abortion (the wire hanger method), placing their health in immediate danger.

Meanwhile, rich women travel outside of their country to places with more liberal abortion policies.

Global studies by the World Health Organization indicate virtually any country that attempted to ban abortion was ineffective in reducing rates.

This isn’t to say abortions aren’t immoral. Terminating a pregnancy is a tragic event, and is undoubtedly a hard choice for a woman to make.

However, making abortions illegal is an utterly asinine way to approach this issue.

Just because something is immoral doesn’t mean it should be criminal.

Life has a way of throwing us unpredictable curveballs; certain circumstances force women into an unfortunate position of electing for an abortion.

However, if Americans really want tosee a further decrease in abortions, below are some more efficient ways in addressing this problem.

Although the rate of teen pregnancies has declined since 1990, the United States ranks first among developed nations in this regard.

There is no required standard for sex education in the United States. Only 22 states mandate adolescent students to receive it, and only 13 require the instruction be medically accurate.

States with abstinence-only education have the highest rates of teen pregnancies.

A 2011 study by PLOS One found a similar correlation between a state's commitment to abstinence sex-ed and its teen pregnancy rate.

According to the CDC, there were 614,000 teenage pregnancies in the United States in 2010; 82 percent of which were unintended and a quarter of them ending in abortion.

In 2008, a University of Washington study found teenagers who received comprehensive sex education were 60 percent less likely to get pregnant than someone who received abstinence-only education.

A 2007 federal report found abstinence-only programs have “no impacts on rates of sexual abstinence.”

Considering adolescents aged 15 to 19 account for 13.5 percent of abortions in America, instituting a national standard of medically-based sex education would reduce teenage pregnancies and abortion rates among this group.

Half of pregnancies among American women are unintended, and four in 10 of these are terminated by abortion.

These methods can almost eliminate birth control failures, and they shrink the abortion rate 75 percent among adolescents.

James Trussell of Princeton University published a table of failure rates of birth control and condoms, showing the gap between “perfect use” and “typical use” of each.

Yet only 7 percent of American women use LARCs.

The main reason for such low usage includes an initial cost ranging from $300 to $1,000. This deters clinics from stocking them, insurers from subsidizing them and women from buying them.

The Affordable Care Act and Medicaid require insurers to cover all forms of birth control approved by the Food and Drug Administration. While some health insurers resist full coverage, reforms improving LARC access are underway.

Furthermore, many doctors and nurses aren’t trained on how to insert, remove and provide counseling for LARCs. Many women are also misinformed about contraceptives or are misled by antiquated fears of older IUDs.

Planned Parenthood enthusiastically promotes LARCs, doubling its usage among clients. Currently, nearly 9 percent of its patients use them.

While conservatives advocate abstinence, LARCs are just another form of birth control; it only prevents pregnancies if it’s used perfectly.

As flawed as the pill and condoms are, the medical journal Obstetrics & Gynecology reveals providing free and universal contraceptives cuts a country’s abortion rate in half, as evidenced by Norway's policy of free contraception and Scandinavia's low abortion rates.

If this information shows anything, the federal government should increase funding of Planned Parenthood to improve access to LARCs, train doctors and nurses to properly insert and remove them and better educate women of the benefits of contraceptives.

This would improve Planned Parenthood’s prevention of 515,000 unintended pregnancies and 216,000 abortions each year.

Guttmacher breaks down the socioeconomic factors of abortion decisions and surveyed women on reasons they would choose to get an abortion.

Forty-two percent of women obtaining abortions have incomes below 100 percent of the federal poverty level; $10,830 for a single woman with no children.

Twenty-seven percent of women obtaining abortions have incomes between 100 to 199 percent of the federal poverty level.

Seventy-five percent of women cite concern for or responsibility to other individuals.

Seventy-five percent also said they cannot afford a child, and 75 percent said having a baby would interfere with work, school or the ability to care for dependents.

Half of them said they do not want to be a single parent or are having problems with their husband or partner.

Many abortions are motivated by a lack of resources, and the potential mother believing she will have no assistance in caring for the child.

Universal government-funded paid maternity leave helps alleviate these concerns, and makes it more likely that a woman will choose to keep an unplanned child.

South Africa, Germany, the Netherlands, France, Denmark and the United Kingdom all have less restrictive abortion laws than the US but all have lower abortion rates.

They also guarantee between 12 and 20 weeks of paid maternity leave, while the US provides zero.

The New England Journal of Medicine shows universal healthcare programs lead to decreases in abortion rate, despite the services being free and accessible under these regimes.

Ensuring all pregnant women will have their health cared for, their fear of child birth is reduced.

In fact, Massachusetts lowered its abortion rate through “Romneycare,” which increased the number of insured residents from 90.4 percent to 94.4 percent between 2006 and 2011.

As stated above, many abortions stem from a woman's inability to balance raising a child, work, education and a personal life.

It’s only reasonable to believe guaranteeing access to childcare will reduce this burden and therefore, a women’s likeliness to abort.

Although the US has K-12 public education, it is tremendously unequal, based on the household income of a specific area, teachers are poorly paid and much of the curriculum is outdated.

Since abortions disproportionally affect economically disadvantaged women, it is likely their children will enroll in a failing public school.

Ultimately, women want to know their children will have a chance to succeed.

Looking at some major causes of abortion and addressing its systemic issues are a far more effective in curbing abortions than banning them.

Have we not learned a history lesson from prohibition? Or the current war on drugs?

Outlawing alcohol and drugs resulted in a rise in drug addictions. The more dangerous illicit substances, the more violent crime and higher rates of addiction.

Making something illegal doesn’t make the problem go away. It just fosters a criminal, unregulated market, as the demand still remains.

Conservatives refuse to ban guns because they claim it won’t stop criminals from obtaining them and using them for violence.

So why would they expect a ban on abortions to magically make them disappear?

This type of positional inconsistency renders their political stances a bit idiotic.

The Christian right can’t have it all -- abstinence, no birth control, underfunded social programs and a ban on abortions -- and expect the problem to disappear.

This belief is simply wishful thinking of a fantasy world, where all humans are asexual religious prudes.

Pro-lifers have a simple choice: Either support legislation that contradicts their intended goals and demonize women for receiving abortions, or seek alternative ways to address the systemic causes of the demand to terminate a pregnancy.

Of course, most won’t look at these policies because being pro-life has become a litmus test for religious zeal and conservative values.

But this only proves these people aren’t pro-life; they’re just pro-birth.