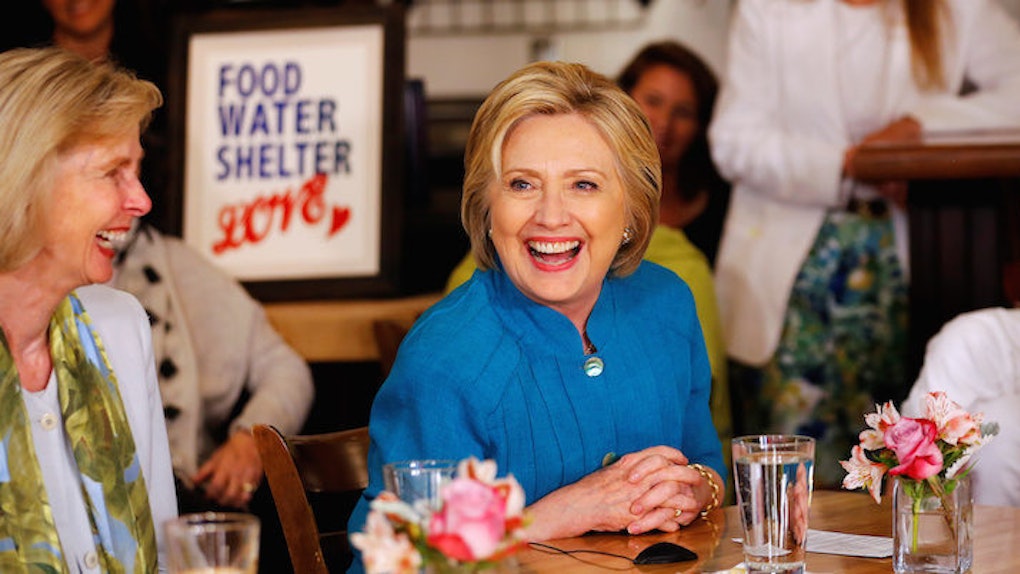 We Know Hillary Clinton Isn't Tweeting All These Fire Insults, So Who Is?

Hillary Clinton has been tweeting some "fire insults" at Donald Trump in recent weeks, and it's been thoroughly enjoyable.

And when this guy tweeted this:

On Tuesday, Hillary continued this trend of throwing shade at Trump with a tweet about his financial woes.

It's no secret she's not exactly the most technologically savvy person, and imagining her using social media is much like envisioning a toddler attempting to do calculus.

Yes, Clinton is a highly intelligent person and an experienced politician, but that doesn't mean she's mastered the art of Twitter, Facebook, Instagram, Tumblr and all of the other apps us young folk (Millennials) are glued to for a significant period of time each day.

The tweets Hillary actually writes or personally dictates are accompanied by "-H."

But the rest of Hillary's tweets are carefully crafted by a team of social and digital media strategists working for her campaign at its Brooklyn headquarters. These people are responsible for making Hillary seem a bit more accessible and mainstream. In other words, it's their job to make you think Hillary Clinton is the coolest (or "on fleek," if you prefer), especially since she struggled to win over young voters during the primary season.

Indeed, reaching voters via social media has become so important in recent years that candidates hire entire teams to coordinate it.

Much of President Obama's success in the 2008 and 2012 elections can be credited to his campaign's effective use of social media platforms, and this set a new precedent for American politics.

There are pros and cons to this technological evolution in relation to American elections. On the one hand, it means candidates are able to engage with voters more directly. On the other, it means witnessing petty Twitter feuds between candidates, which don't offer a whole lot of vital info to the public.

These days, it almost feels as if candidates are battling for retweets as hard as they are for votes.

Still, this is the point we've come to as a country, so we might as well have some fun with it.

While we know Hillary's Brooklyn campaign team is coordinating her social media, we don't know exactly who crafts every single tweet. It might be one person, or several people, depending on the tweet.

Of all potential tweeters, it's kind of amusing to imagine random public figures hopping on Hillary's Twitter to tweet insults at Trump. Maybe Al Gore has dropped by and is pinch-hitting when he has a few spare moments. Maybe Bill Clinton gets bored late at night and signs on here and there to talk smack to Trump and other Republicans. Maybe Anthony Weiner, whose wife, Huma Abedin, is a close aide to Clinton, joins in on the fun every once in awhile. Or, what if, major twist, Donald Trump is the one tweeting back and forth between their two accounts (*gasp*)?

Obviously, all of this is hypothetical (and absurd), but we should also remember Trump impersonated his own publicist at one point in order to talk himself up to the press. Stranger things have happened!

Anyway, next time Hillary tweets a zinger at Trump, just remember that it's not actually her. And also remember our democracy has eroded into a fight between two adults on a social media platform heavily utilized by unemployed grown men who tweet abhorrent things at women from their parents' basements.