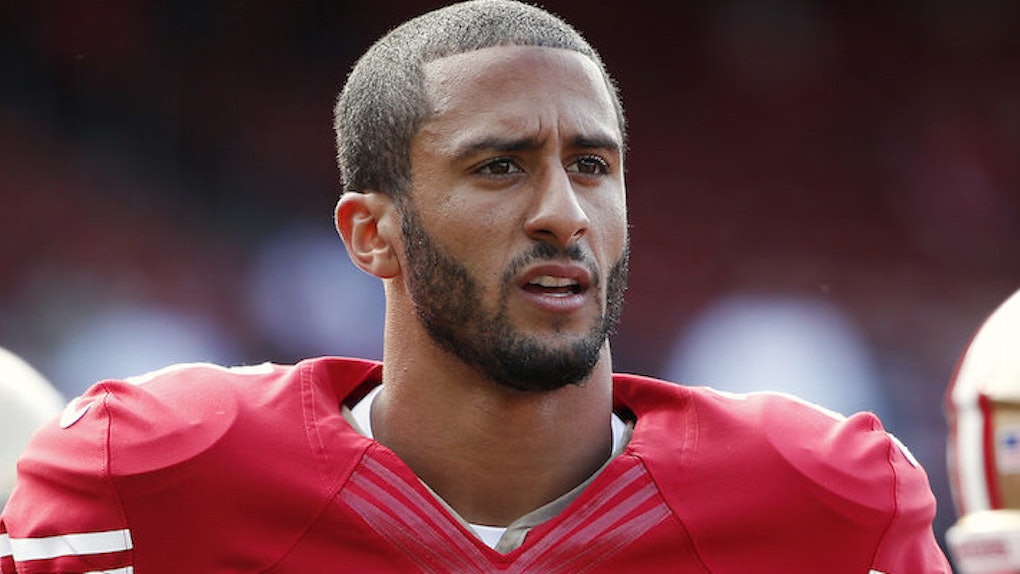 The legendary basketball player discussed the nuances of patriotism and the negative reaction to Kaepernick's refusal to stand during the national anthem.

Abdul-Jabbar's message was loud and clear: What Colin Kaepernick did was actually incredibly patriotic.

What makes an act truly patriotic and not just lip-service is when it involves personal risk or sacrifice... Kaepernick's choice not to stand during the national anthem could create a public backlash that might cost him millions in future endorsements and affect his value as a player on his team, reducing salary earnings or even jeopardizing his job. If team ticket sales seriously dipped as a result, he would pay for his stance. We should admire those who risk personal gain in the service of promoting the values of their country.

Abdul-Jabbar also pointed out what Kaepernick did isn't exactly new; other athletes have pointed out injustice in the US in similar ways.

In his view, the bigger concern should be the fact Kaepernick isn't wrong. Minorities still face system oppression in the US. He said,

What should horrify Americans is not Kaepernick's choice to remain seated during the national anthem, but that nearly 50 years after Ali was banned from boxing for his stance and Tommie Smith and John Carlos's raised fists caused public ostracization and numerous death threats, we still need to call attention to the same racial inequities. Failure to fix this problem is what's really un-American here.