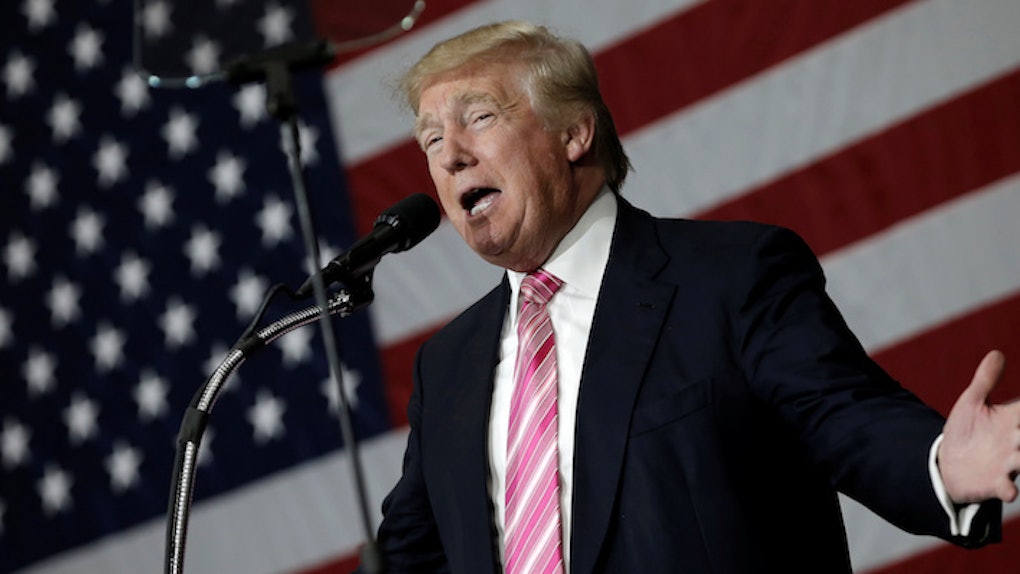 I'm about to take you on a harrowing journey through time.

We're going back to the '90s — around 1995 to be exact — when Donald Trump could have possibly paid his last taxes AND THE KARDASHIANS LOOKED LIKE THIS:

Caitlyn is Bruce, Rob is adorable and Khloe looks like a family friend. They look like normal human beings and everything.

The hashtag "Last Time Trump Paid Taxes" has blown up on Twitter after The New York Times got hold of his tax records.

They revealed the presidential candidate declared nearly a $916 million loss on his 1995 income tax returns.

The tax deduction is so large and in charge it means Trump could have played the system like a fiddle and legally avoided paying any federal income taxes for up nearly two decades.

The newspaper reports this huge loss came from business blunders in the Trump empire around the early '90s, including the purchase of the Plaza Hotel in Manhattan and mismanagement of his Atlantic City casinos.

The Trump campaign released a statement attacking the newspaper. Part of it reads,

The only news here is that the more than 20-year-old alleged tax document was illegally obtained, a further demonstration that the New York Times, like establishment media in general, is an extension of the Clinton Campaign, the Democratic Party and their global special interests.

It went on to rant, claiming,

Mr. Trump is a highly skilled businessman who has a fiduciary responsibility to his business, his family and his employees to pay no more tax than legally required. That being said, Mr. Trump has paid hundreds of millions of dollars in property taxes, sales and excise taxes, real estate taxes, city taxes, state taxes, employee taxes and federal taxes, along with very substantial charitable contributions. Mr. Trump knows the tax code far better than anyone who has ever run for president and he is the only one that knows how to fix it...

Yada, yada, yada. You get the picture.