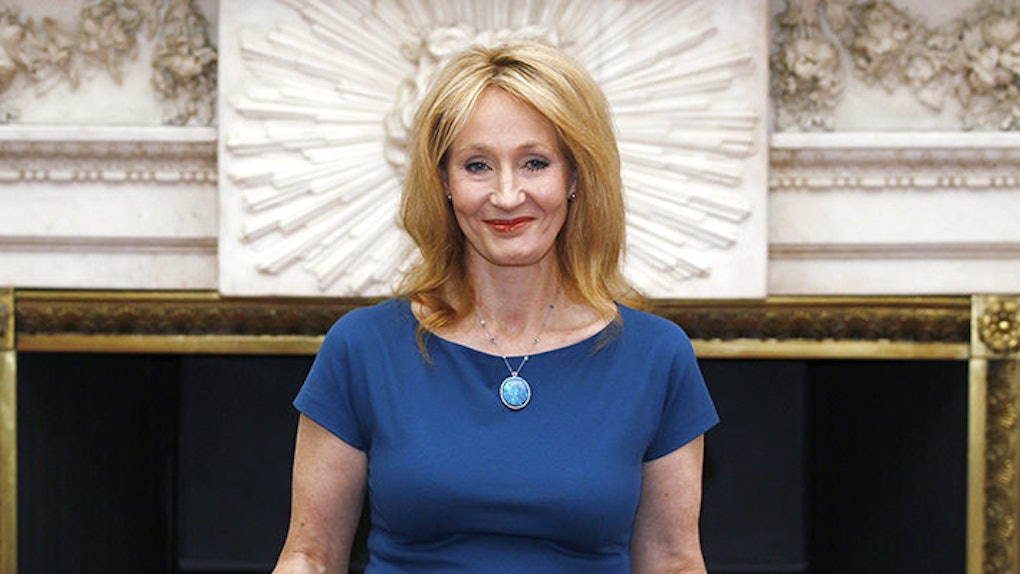 It's already well-established JK Rowling is an absolute badass and not someone to be trifled with, particularly on Twitter. But she just delivered one of her best takedowns yet in response to a tweet from a Donald Trump spokesperson, Katrina Pierson.

As Mashable reports, the tweet from Pierson was originally sent in 2012 when she was a talk show host for America's Web Radio and Radio Sandy Springs. Pierson began working with the Trump campaign in November 2015.

In spite of the fact it's several years old, the tweet recently gained traction, generating a colorful array of criticism due to its discriminatory undertones.

@KatrinaPierson You are a wet fart in the face of Lady Liberty. — Michael McKean (@MJMcKean) January 23, 2016

This is among the ugliest tweets I have ever read, @KatrinaPierson. — Jeffrey Guterman (@JeffreyGuterman) January 23, 2016

Pierson's tweet is also reminiscent of some of the language used in the "Harry Potter" series.

When the more prejudiced characters referred to wizards or witches who were Muggle-born, they'd often call them "Mudbloods" and speak about the importance of having pure-blood. When a witch or wizard had one Muggle parent, he or she would sometimes get called a "half-blood."

Both "Mudblood" and "half-blood" are terrible insults in the world of Harry Potter.

If you're not familiar with the "Harry Potter" series, Muggles are regular people (people born without magical powers), and being pure-blood means having two parents with magical blood.

Some people were quick to make the connection between Pierson's comments and "Harry Potter."

But the best "Harry Potter" reference regarding this tweet came from none other than the creator of the series herself.

It's clear JK Rowling is not a fan of Trump, particularly due to his incendiary remarks surrounding Mexicans, Muslims, refugees and immigrants.

This comes as no surprise; the "Harry Potter" series is fundamentally about promoting tolerance. It seems Trump and Pierson could learn a great deal from one of the main characters, Dumbledore, who once stated,

You place too much importance, and you always have done, on the so-called purity of blood! You fail to recognize that it matters not what someone is born, but what they grow to be!