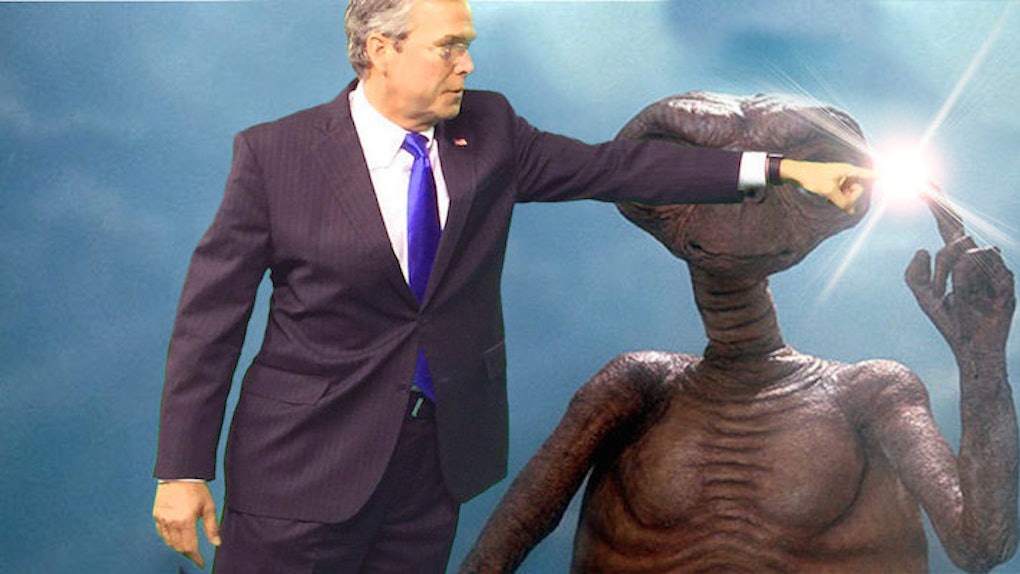 Jeb Bush may not be beloved by all, but at least for today, he is beloved by the Internet.

Following his visit to an Iowa television station, Bush tweeted this photo.

And because this was posted to the Internet, Reddit immediately jumped in to help Bush out and fill in his green screen.

The best interpretations, of course, came from /r/PsBattle, a subreddit for people to show off their Photoshop skills.

Bush, proving he at least has a good sense of humor, got in on the joke by tweeting his favorite Photoshopped picture from Reddit.

What should Jeb point at next?