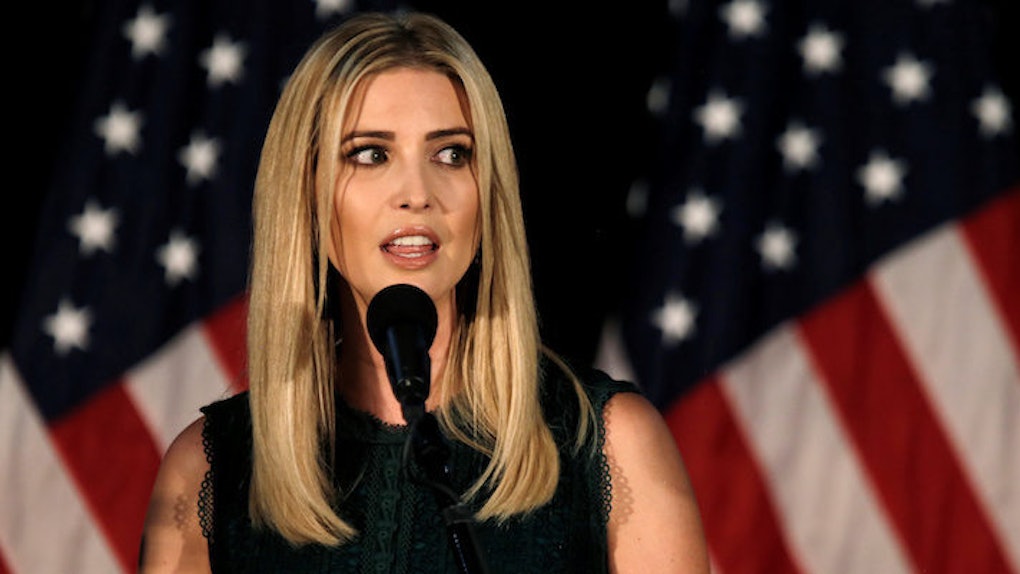 Ivanka Trump To Get White House Office For First Lady

Various reports stating that Ivanka Trump will claim the office space at the White House typically occupied by the First Lady may be true after all.

According to CNN, Ivanka Trump will be given an office inside the White House located in the "same space reserved for First Lady." The particular office space mentioned is said to be situated in the East Wing of the property.

So, where is the evidence to back up such a claim?

The report states that Ivanka Trump is preparing to take on an important role within her father's administration. The role, which has not yet been announced, would require her to work out of the White House.

Despite the reports, a spokeswoman for the Trump transition team deemed news to be "false." She even went as far as to say "no decisions regarding Ivanka's involvement have been made."

However, over the last few weeks, it's been made abundantly clear that the President-elect's 35-year-old daughter is destined to snag a spot within his administration.

While no official announcements have been made surrounding Ivanka Trump's political plans, it has been speculated by many that she may seek to spearhead climate change-related initiatives.

Hey, it's not totally impossible. After all, Ivanka did hold a private meeting with former Vice President and environmentalist Al Gore inside Trump Tower just before Gore met with current President-elect Donald Trump.

The climate change-friendly meetings didn't stop there for the Trumps. Both Ivanka and Donald then sat down with Hollywood award-winning actor Leonardo DiCaprio who has also been heavily involved environmentalism.

Another hint that Ivanka could very well be joining her dad's administration at the White House came when the President-elect tweeted out that he would be revealing plans for his sons Eric and Donald Jr. to take over the Trump Organization.

He didn't mention Ivanka... You do the math!

During a recent interview for Fox News, Trump spoke of Ivanka and her husband Jared Kushner, as well as their possible involvement in his administration, saying,

They're both very talented people. I would love to be able to have them involved.