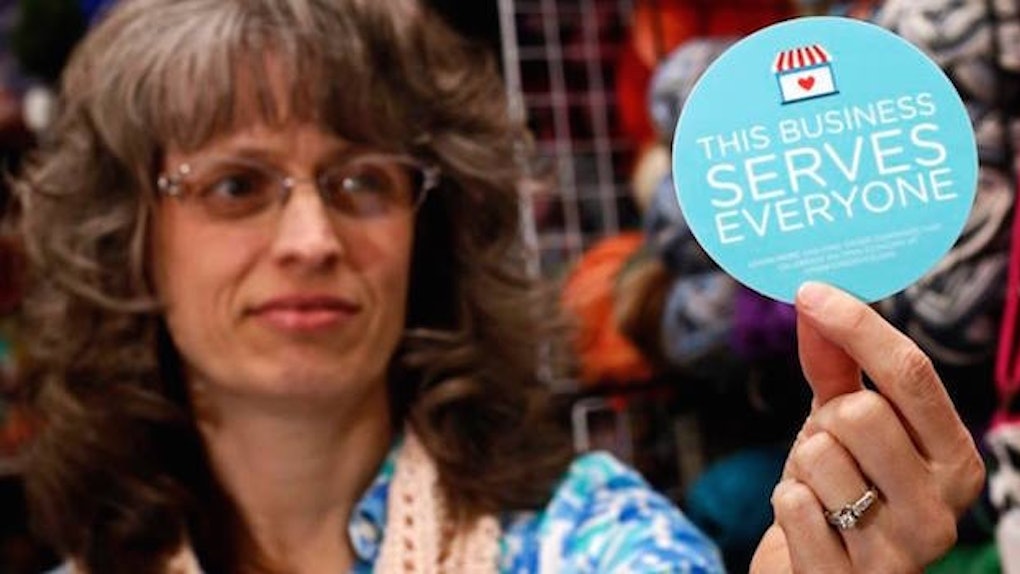 The First Amendment of the US Constitution states that “Congress shall make no law respecting an establishment of religion, or prohibiting the free exercise thereof.”

It says nothing about whether business owners can discriminate on the basis of their religious preferences.

Religious liberty has always been a cornerstone of American democracy, even if it wasn’t always practiced that way.

There are countless tales of how religious tolerance wasn't the standard in our borders, and those examples shouldn't go unacknowledged.

Still, when it comes to freedom of belief, the arc of justice has tended to bend toward freedom as time has passed.

But recent legislation passed in Indiana may have empowered bigotry under the guise of trying to expand religious freedom.

Indiana’s Religious Freedom Restoration Act, passed and signed into law by Gov. Mike Pence, serves only one purpose: to codify discrimination as a protected right.

If we’re being honest, it is protected, at least in some ways. A person has the right to be a bigot if he or she so chooses to be. What a person doesn’t have a right to do is to use his or her bigotry to stifle the livelihood of other people’s lives.

The RFRA would have allowed businesses the right to refuse service to gay and lesbian customers on the basis of the owner’s personal beliefs.

Some have argued that this preference is no different than a cake owner refusing to put certain derogatory language on his or her products.

The law could have been extended in huge ways. The ambiguity of “protecting” religious rights would have allowed owners with extreme prejudicial beliefs the right to essentially refuse anyone service, rendering Civil Rights legislation passed decades ago meaningless.

If left uncorrected, the RFRA will become just another tool to use for enforcing bigotry in business. Unless the Indiana legislature acts now, gay and lesbian customers, as well as many other Indiana residents who don’t match a business owner’s religious ideals, will be negatively affected.

Fortunately, attitudes in favor of LGBT rights in America have changed substantially in the course of the past decade. More Americans than ever now support protections for gays and lesbians, including marriage rights and employment protections.

As a result, overwhelming pressure from across the nation -- and within Indiana itself — has caused the state government to realize the law they passed is enormously unpopular.

A #BoycottIndiana campaign has proven to businesses across the state that supporting LGBT rights is more important than a phony law pretending to protect religious liberty.

With limited exceptions, business owners must cater to everyone who enters their doors.

They may set up policies that apply to every patron (No shirt, no shoes, no service applies to everyone -- gay, straight or other.), but their policies can’t single out a specific group of people.

Religious liberty shouldn’t be used as a means to enforce bigotry.

Substantial changes are needed to the RFRA, and failure to do so could result in unprecedented consequences.