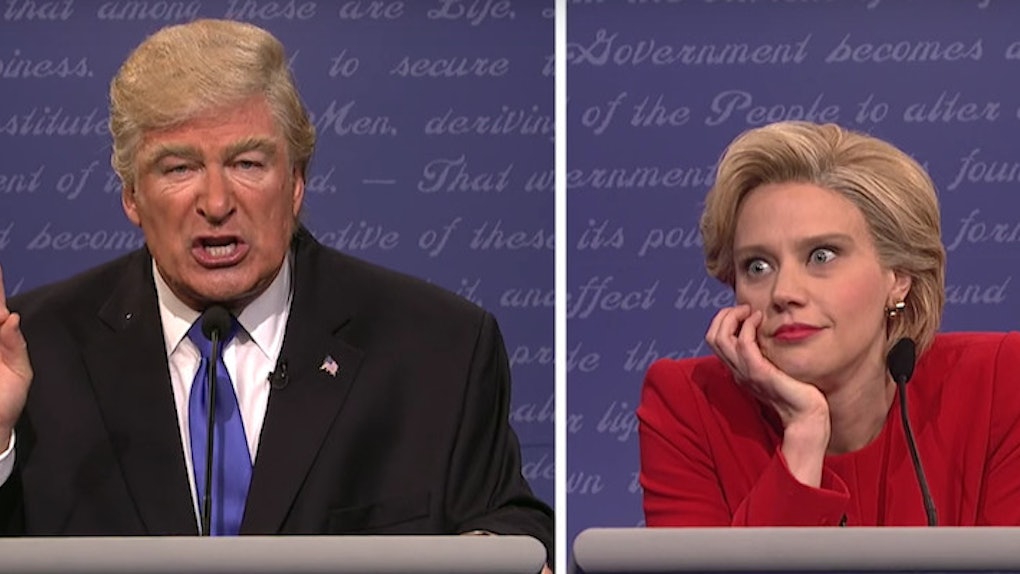 How To Deal With Anxiety About The Election

No matter whom you're voting for, odds are you've experienced a decent amount of anxiety during this election season.

The country is divided, the gloves have come off and it seems like the whole world is clenching its teeth until this thing is over. It's a high-stress situation, and stress isn't good for anyone.

So, if you feel like the world is about to come crashing down, here are a few tips for how to deal with anxiety caused by this year's election:

This is the easiest way to put your mind at ease. If you are worried about the outcome of this election, one of the simplest things you can do is to actually make sure your voice is being heard.

If you've cast your vote, then you know you've done your part. And it's not too late to register.

Yes, most of the deadlines have passed for absentee and mail-in voting, but if you are able to vote in person, you can register in most states as late as Election Day. Don't let false deadlines fool you; it's not too late.

If you feel election anxiety and you're not voting, no one feels bad for you. As US citizens, we have the great privilege to have a say in who becomes the leader of the free world.

2. Remember the president doesn't call all the shots.

This election has been remarkable in the sense that there have never been two candidates who are viewed as unfavorably as Donald Trump and Hillary Clinton.

With that being said, people are going to be pissed no matter which way this election goes. So if the next president of the United States is keeping you tossing and turning at night, one thing to remember is the president doesn't actually hold all the power.

We created checks and balances for a reason, people.

So even though the idea of Trump holding the button for nuclear weapons is enough to haunt your dreams, no matter who gets elected, remember there are 535 members in Congress and nine Supreme Court justices who can knock the president back into place if he or she gets out of line.

Soon, we'll be free of the hateful TV ads, the constant news coverage and the ridiculous Facebook statuses.

Soon, we'll stop judging each other based on our political parties and go back to the blissful times when no one actually really cared about politics.

But, this post is about election anxiety. You'll have to find another helpful list for presidential anxiety…

No matter what, this election will be over in five days. And that's soon. So. Soon.

4. You can always just drink heavily.

If none of these tips worked; if you are still marveling at the obvious great divide of our country; if you are disgusted by the hatred uncovered in this election; if you no longer trust in our democratic process; if the thought of saying "goodbye" to Obama makes you want to weep, then, well, you may as well turn to the bottle.

The president may change, but drinking will always stay the same. And that, my friends, is something to believe in.

Disclaimer: I am neither a political expert nor an expert in mental health. I am also not promoting drinking as a means to solve your problems.