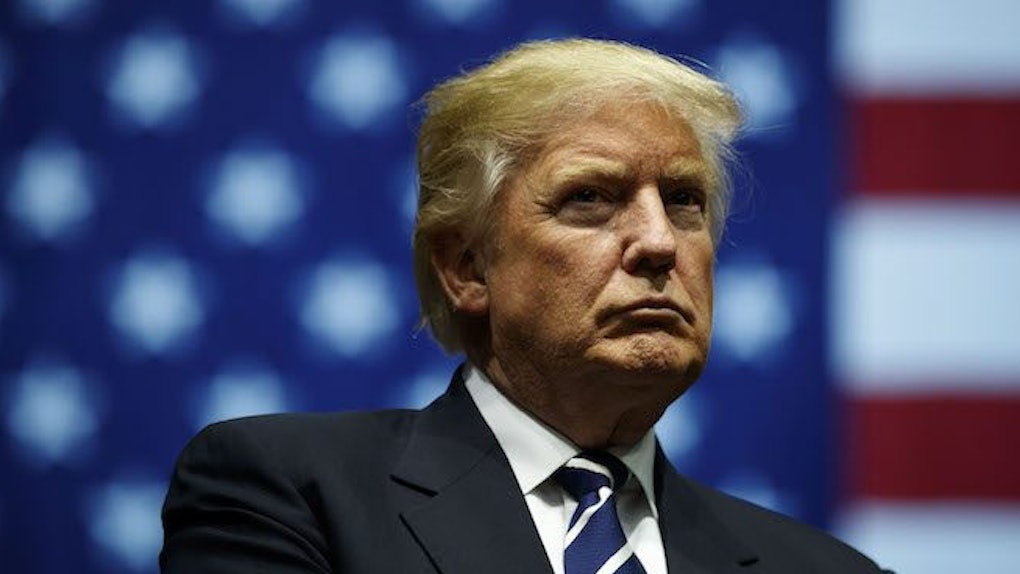 How Many Trans People Serve In The Military?

On Wednesday morning, Donald Trump tweeted (because how else would he do it?) that the U.S. military would no longer allow transgender individuals to serve "in any capacity." This ban is obviously a devastating blow to the LGBTQIA+ community.

But just how many trans people serve in the military currently? Well, Trump's ban is actually affecting a huge number of trans invidiuals.

There are several conflicting statistics in terms of how many trans people are actually serving in the military currently. A 2016 study by RAND Corporation (commissioned by the Defense Department) estimated that the number may be between 1,320 and 6,630. However, according to the National Center for Transgender Equality, that estimate may stand closer to 15,000.

Trump's announcement came in the form of several tweets, blaming "tremendous medical costs and disruption that transgender in the military would entail" as the main reason for the ban.

After consultation with my Generals and military experts, please be advised that the United States Government will not accept or allow… ….Transgender individuals to serve in any capacity in the U.S. Military. Our military must be focused on decisive and overwhelming….. ….victory and cannot be burdened with the tremendous medical costs and disruption that transgender in the military would entail. Thank you

Under the Obama administration, a previous ban on transgender people serving in the military was lifted in an announcement by the defense secretary at the time, Ashton Carter, in June 2016:

Our mission is to defend this country, and we don't want barriers unrelated to a person's qualification to serve preventing us from recruiting or retaining the soldier, sailor, airman or Marine who can best accomplish the mission.

So clearly, Trump's ban is a devastating setback to progress the LGBTQIA+ community — specifically trans individuals — have already made.

Though Trump cites "tremendous medical costs" as a reason the military cannot accommodate trans people, the aforementioned RAND study found that the medical costs needed to cover trans individuals may not be as "tremendous" as Trump makes it out to be.

In fact, the study claims that covering gender transition-related services in military health care would only increase the cost by $2.4 million to $8.4 million — a tiny 0.04 to 0.13 percent increase to what the government was already spending.

Since the dawn of Trump's administration, LGBTQIA+ individuals and activists have been incredibly weary of the current administration reversing the progress the community has already made under previous administrations.

Though few accuse Trump of being an honest man, this blatant disregard for the trans community certainly contradicts his previous statements that he would fight for the LGBT community.

And if this latest blow from the Trump administration is any indication to go by, fears of even more setbacks to the LGBTQIA+ community are certainly warranted.