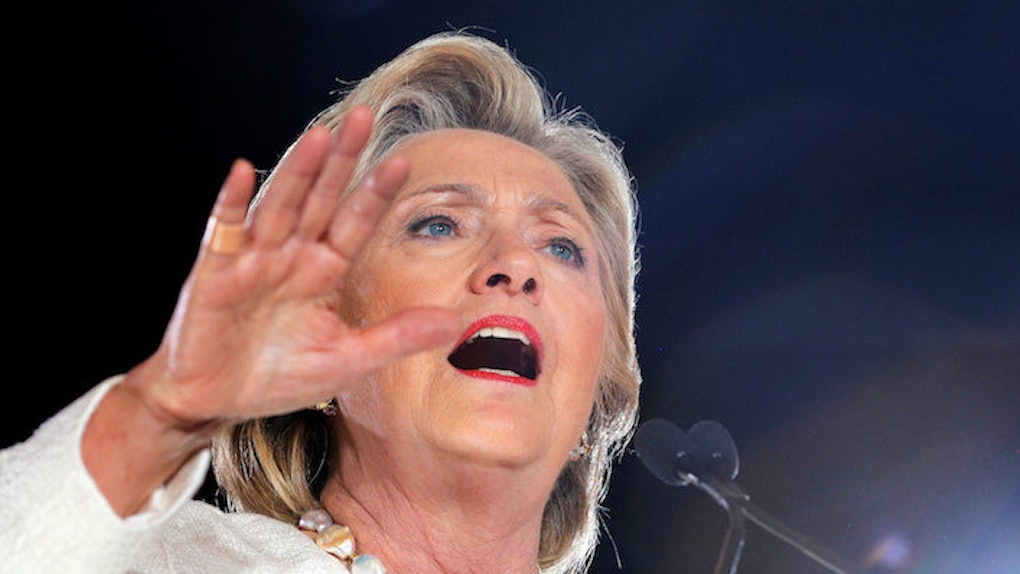 With just days to go until Election Day, Hillary Clinton's lost it.

Up until now, she's been pretty tolerant of Donald Trump supporters — in the public eye at least — but one guy pushed her over the edge during a rally in Florida.

He called her husband a "rapist."

With a finger pointed at him, she screamed,

I am sick and tired of the negative, dark, divisive, dangerous vision and the anger of people who support Donald Trump! It is time for us to say no, we are not going backwards, we're going forward into a brighter future!

The crowd turned on the man, who was holding up a green sign with the words "Bill Clinton is a rapist."

He was drowned out by boos and thrown out of the rally.

She used her speech to attack Trump and reassure Americans she will do everything in her power to destroy ISIS.

I know what happened not far from here at the Pulse nightclub in Orlando. I was in New York City on 9/11 as one of the two senators. I will defeat ISIS. I will protect America.

Clinton got personal about her opponent. She brought up the claim Trump could have avoided paying taxes for nearly two decades after he recorded a $900 million loss on his business back in the '90s.

He took everything. He took everything our great country has to offer. He scooped it up with both hands. And then paid nothing to support us. And then he has the nerve to call our military a disaster and insult POWs — and he doesn't pay a penny to support the people who put on the uniform of the United States of America.

Clinton rounded off by slamming Trump's "temperament, knowledge of the job, track record in business and personal decisions," branding him "totally unqualified" for the job.