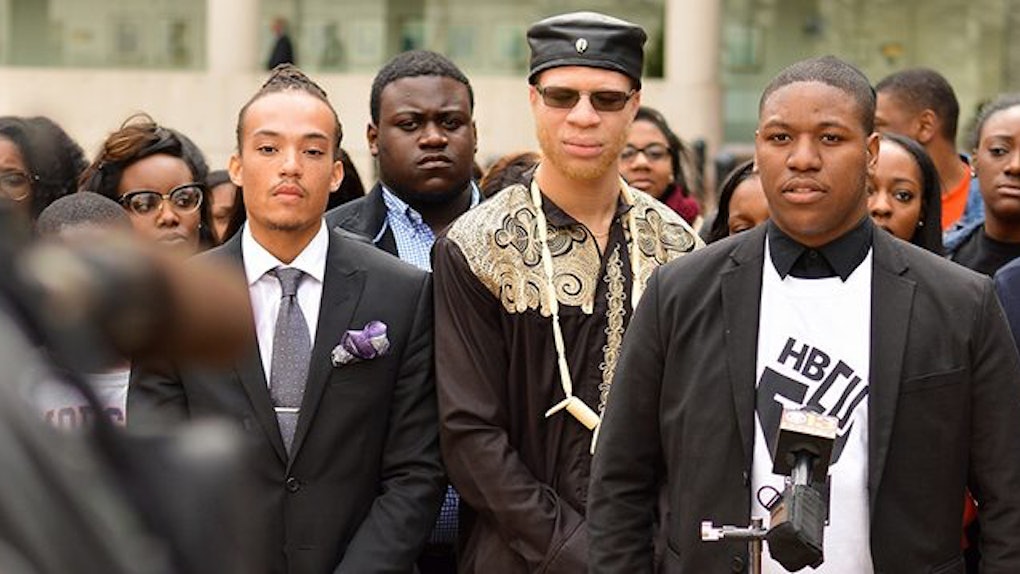 A Letter To The Grassroots In Donald Trump's America

In the United Corporation of America, the only concern is the bottom line.

Where do we fall on America's balance sheet? Are we assets, or are we liabilities?

I know what it's like to be treated as a liability. The day I became a victim of gun violence over 10 years ago, the police — who were supposed to protect me — felt safer putting their guns to my head.

Since then, I've been fighting against gun violence, as well as for those who are driven to the point where they feel the need to pick up a gun in the first place.

It seems our new CEO, President Donald Trump, doesn't care about our suffering or our humanity — only our economic value.

Our new chief executive believes we don't know how to be independent or care for ourselves and our communities. He believes someone needs to take control to restore law and order.

But what we need is our return on investment.

There's no sense in marching in the streets unless we're marching with a purpose, demanding to withdraw the equity we're entitled to. There should be no more asking for permission or explanations of how our dividends should be returned.

When I speak of dividends, I mean it plainly: We are entitled to the money we have been systemically denied.

When black Americans weren't viewed as humans and were unable to attend universities, we were forced to create our own higher learning institutions. One hundred and fifty years later, in my home state of Maryland, we're still fighting to ensure they're funded equally.

When shouting #HBCUsMatter and rallying for equitable state funding failed to deliver the necessary outcomes, we decided to fight the state of Maryland's Higher Education Commission in federal court for equitable solutions to this violation.

Trump just signed an executive order aimed at helping historically black colleges and universities. We cannot be fooled by this empty gesture. Every president since Jimmy Carter has signed a similar order, and we're still fighting the same fight.

The only remedy can come in our court of law — the only authority this corporation seems to respect.

This corporation we call home is more willing to recognize the personhood of companies than of its citizens. Let's take the battle to the courthouse where it belongs.

We have the right to fight for our dividends. We can win, and we will win. Let's be more together.