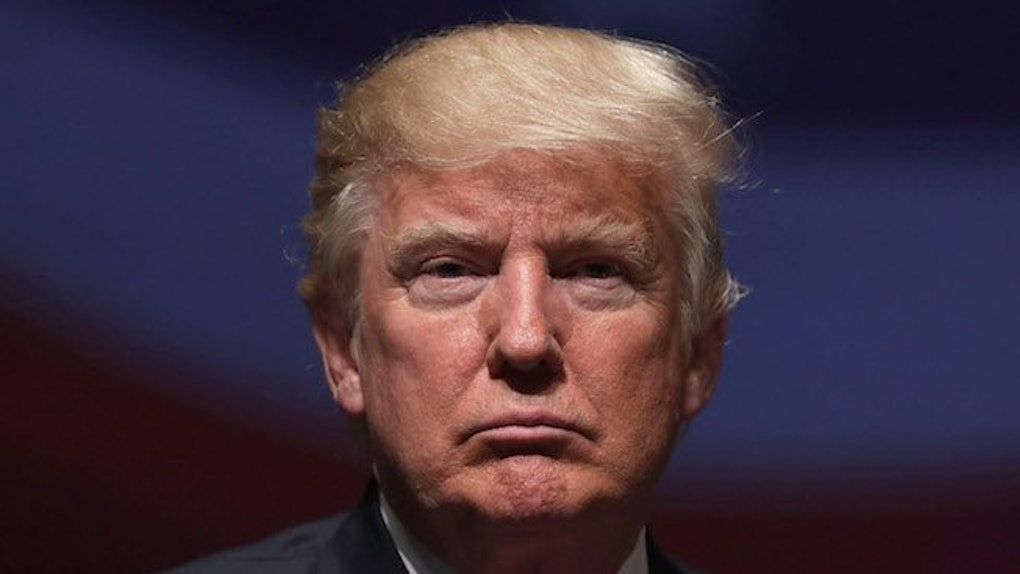 Despite what feels like, oh, centuries of debate and discussion about the possibility of President Donald Trump's presidential campaign colluding with Russia to swing the election, the investigation hasn't been going on as long as you might think. It's been less than four months since Trump fired now former-FBI Director James Comey in early May, or since Robert Mueller was appointed to oversee an investigation into Russian meddling about a week later. But now, we seem to be coming full circle as Mueller has his hands on the first draft of a letter outlining Trump's reasons for firing Comey, The New York Times reported on Sep. 1.

The draft, which was allegedly written by Trump himself with the help of aide Stephen Miller, is referred to as an “unvarnished” view of the president's thinking before firing Comey, and apparently what he was thinking was not very nice. The draft was reportedly squashed by White House counsel Donald F. McGahn II for it's “angry, meandering tone.”

The draft was also reportedly concerned with Comey's refusal to publicly declare that Trump himself was not under investigation. An anonymous official paraphrased Trump's ultimate message to Comey to The Wall Street Journal:

You've told me three times I'm not under investigation but you won't tell the world, and it's hampering the country.

Trump's justifications for firing Comey may be key in possible accusations of obstruction of justice, an impeachable offense.

A subsequent draft of the letter, which was written by Deputy Attorney General Rod Rosenstein and released publicly, stated the official justification, that Comey had been fired due to his mishandling of the investigation into Hillary Clinton's emails.

But over the next few days, Trump and the White House would repeatedly change their tune. Trump himself even cited the investigation into Russian election meddling in an interview with NBC's Lester Holt, saying that he was going to fire Comey no matter what the Justice Department recommended. He said,

When I decided to just do it, I said to myself — I said, you know, this Russia thing with Trump and Russia is a made-up story. It's an excuse by the Democrats for having lost an election that they should've won.

But while many people saw the statement as a clear indication that Trump had dismissed Comey to derail an investigation into his possible collusion with Russia, an official investigation would likely need more solid proof than that, and the contents of the first draft may shine some extra light onto the Trump administration's motivations.

The news about Mueller's acquisition of the draft comes shortly after reports that he has teamed up with both New York Attorney General Eric Schneiderman, as well as the IRS' Criminal Investigation unit on investigations into Russian meddling and Trump associates.

So what does that mean for the state of the investigation into possible collusion with Russia? Well, things have been heating up for awhile, and it seems like this is going to add a couple of degrees of pressure. But how long we have to wait to see where the boiling point is?

That, only Robert Mueller knows.