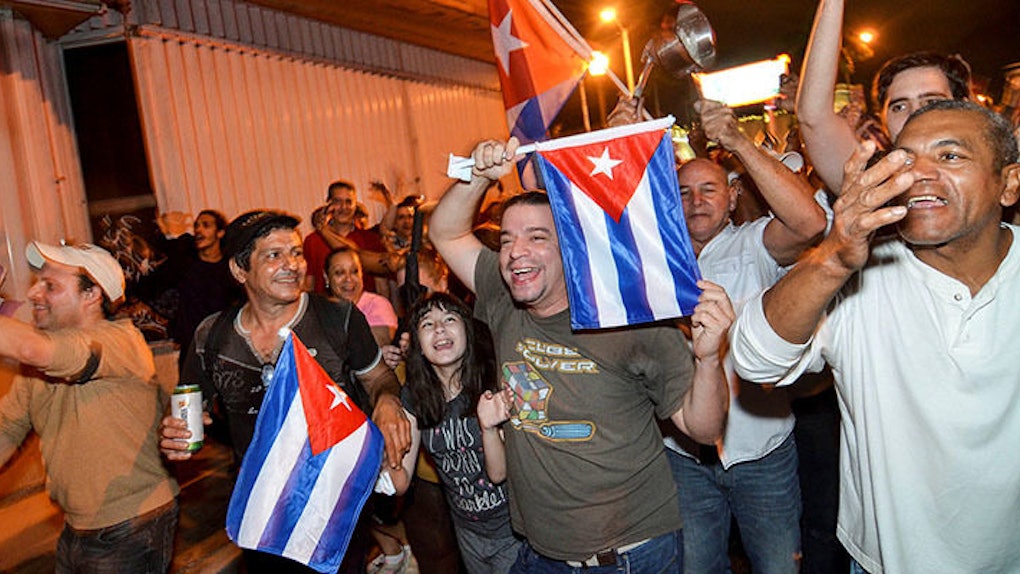 To many, he was a cruel dictator. To others, he was a revolutionary icon. To all, he is now deceased.

On Friday, Cuban leader Fidel Castro died at the age of 90, nearly 58 years after he first took power in the Caribbean nation.

With profound sadness I am appearing to inform our people and our friends across [Latin] America and the world that today, 25 November 2016, at 10.29pm, Fidel Castro, the commander in chief of the Cuban revolution, died. In accordance with his wishes, his remains will be cremated.

Within half an hour of Raúl Castro's announcement, "thousands" of Cuban-Americans flooded the streets of Miami's Little Havana neighborhood to celebrate Fidel's death, according to the Associated Press.

Many of the scenes from those celebrations were shared on social media and featured people expressing their joy by doing everything from chanting, clanging pans and popping Champagne.

One of the many Cubans celebrating in the street, 78-year-old Hugo Ribas, told Agence France-Presse,

It took too long [...] There was too much pain and too many broken families, and now — I'm happy!

Despite the notable celebrations in Florida, where over 1 million Cubans reside, Fidel Castro's legacy is likely to remain a complicated one.

It's a point that Harvard professor Jorge Dominguez noted in a conversation with NPR.

For those celebrating in Miami, though, Fidel Castro's means clearly did not justify his end.