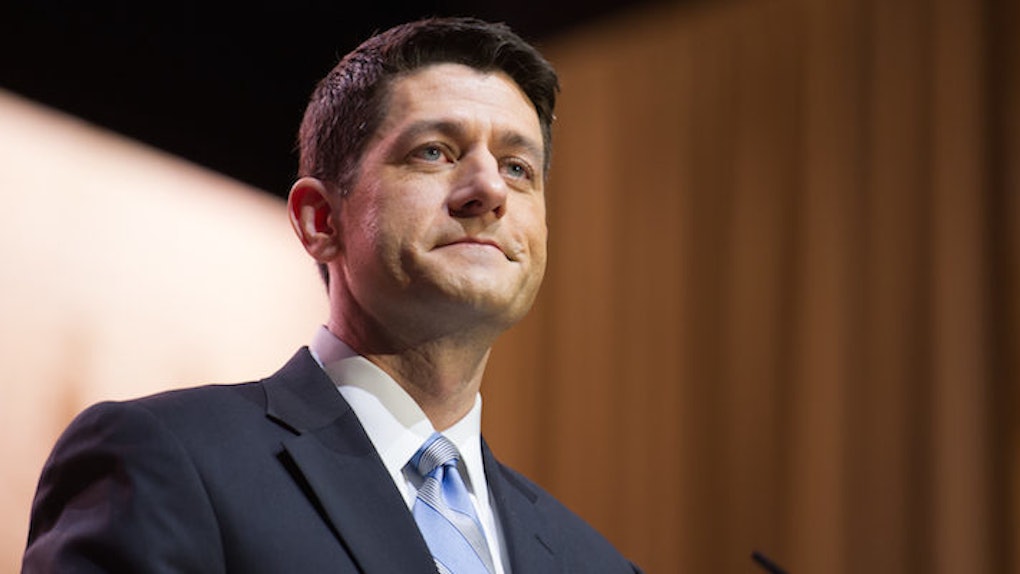 It's been less than a week since Paul Ryan assumed his position as Speaker of the House, and he's already making enemies with his strictly conservative politics and unpopular views.

During a Republican conference last week, the 45-year-old Congressman revealed he does not support mandatory paid leave for new parents, a suggested policy that has gained favor in recent months from both liberals and conservatives alike.

Ironically, Ryan had categorically refused to run for Speaker if it would mean giving up his own “family time.” He insisted Congress grant him a three-day weekend schedule, despite the typically demanding nature of the position.

To convince him to run, the House Republicans subsequently accepted his demands, which several fellow conservatives, including Kentucky Rep. Thomas Massie, have called “unreasonable.”

Interestingly enough, the Speaker does offer paid family leave to his own employees, though the details of that policy remain unclear.

A spokesperson for the Speaker told The Huffington Post in an email,

Mr. Ryan is supportive of paid family and medical leave — he offers it to his staff — but he believes the decision is best left to the employer, not the government.

A Democrat-backed bill proposing mandatory paid family and medical leave has been looming around Congress for some time now, but has yet to be taken up for a vote.

The Family And Medical Insurance Leave Act would grant families up to 12 weeks of paid time off for childbirth or other medical emergencies.

According to an official press release,

The Family And Medical Insurance Leave (FAMILY) Act would establish a national paid family and medical leave insurance program, ensuring that American workers would no longer have to choose between a paycheck and caring for themselves or a family member.

The United States is the only developed nation that does not require paid familial leave. Under the Family and Medical Leave Act of 1993, all new parents are entitled to 12 weeks of vacation, but it's unpaid.

In contrast, Sweden offers 480 days of paid leave to all new parents, and Estonia offers a full three years.

There is one upside to Ryan's hypocrisy, however: It's prompted a massive nationwide discussion about paid maternity leave and the importance of giving new parents the freedom, time and resources to properly care for their children.

That's what you get, Paul Ryan, for only thinking about yourself.