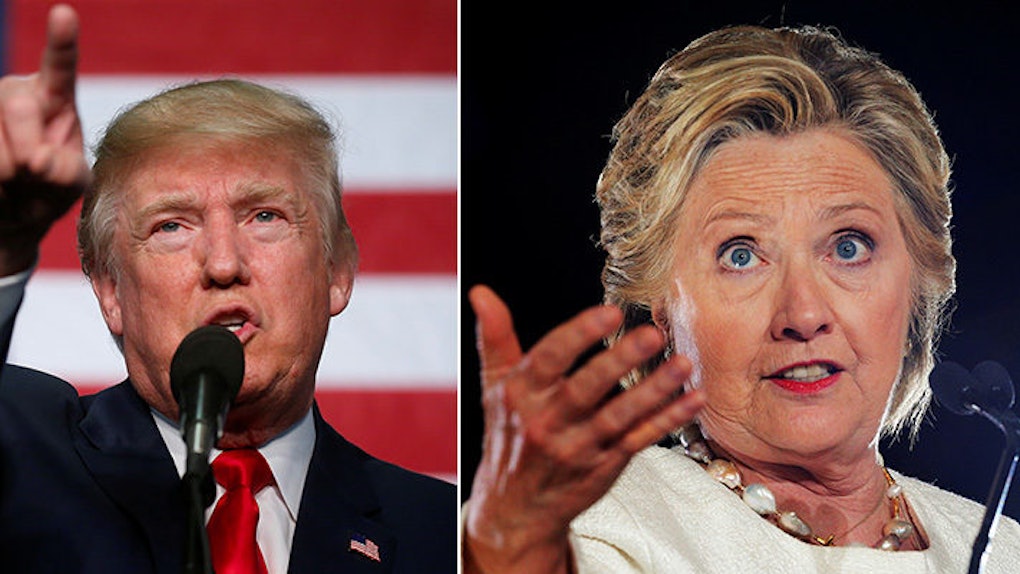 Here's How Evan McMullin Can Actually Beat Clinton And Trump

You read that right. There's a route this election can take where neither Donald Trump or Hillary Clinton would become the president of the United States.

It's a narrow route, but it exists all the same — and it begins in Utah.

There, in the Beehive State, Donald Trump holds a significant yet still-not-insurmountable six-point lead. But he isn't only being pushed by Clinton, though. He has another strong competitor there: Evan McMullin.

Yeah, that reaction is to be expected.

McMullin is far from the most notable third-party candidate. But there's no doubt, in Utah, the former CIA operative is certainly the most viable one.

He's a native of the state, a "new" kind of conservative and — like 60 percent of Utah — Mormon.

Bottom line, he has a legitimate chance to win Utah, and that is no small feat. No third-party candidate has won electoral votes, the prize for winning a state, in nearly 50 years.

And if McMullin pulls off a Utah win, he'll have accomplished a lot as it is. But he could go even father.

A few weeks ago, FiveThirtyEight perfectly broke down a path that would lead McMullin to the White House.

The third step is Constitution 101. The 12th Amendment demands that, in the case of an electoral stalemate (i.e., no one getting to 270), the House of Representatives votes for one of the top three contenders.

The second step is the stalemate itself, which, because of the funky math, is usually hard to imagine. But thanks to an absurd dad joke from a random guy on Twitter, we can envision it a little better.

The dad joke map (let's call it the dad joke map, shall we?) is an example of an electoral result that would require a secondary vote by Congress.

And here's where things get interesting.

At the time FiveThirtyEight published its explainer of how McMullin could win, Donald Trump's campaign was on life support, particularly after the release of that tape.

Things looked so bad for the Republican nominee it seemed unlikely he could even win 200 electoral votes, never mind 270.

So, back then, the idea of a deadlock seemed even more unlikely than it normally should.

But now look where we are. Hillary Clinton's campaign is the one dealing with controversy, courtesy of the FBI, and that controversy has given Trump a boost in the polls. One of those polls even put Trump ahead by a point on Tuesday.

All in all, Trump's chances at forcing a neck-and-neck race and making the dad joke map a reality look much better than they did two weeks ago.

So, in theory, all Evan McMullin needs to do is win Utah and he will become a contender, which brings us back to this question: Um, how did he get here?

Well, one of the biggest reasons is super fascinating. McMullin might be Mormon, but part of the reason why he's viable is because of Muslims, or, rather, Donald Trump's rhetoric against Muslims.

Basically, Mormons know what it's like to be an ostracized faith (the whole reason they're in Utah is because they got pushed there). So Trump's talk about singling out people based on religion? Yeah, by all accounts, the Church of Latter Day Saints ain't really about that life.

And now, in an ironic twist of fate, one of the most loyal Republican states appears to be the one ready to take the most tangible stand against Donald Trump's views.

You really can't make this stuff up.

And I say all that to make this point: This election is from outer space and Evan McMullin's candidacy is just further proof of that, especially if he wins Utah and (dear God) extends this election past November 8.

It's improbable, but technically speaking, it's not impossible.