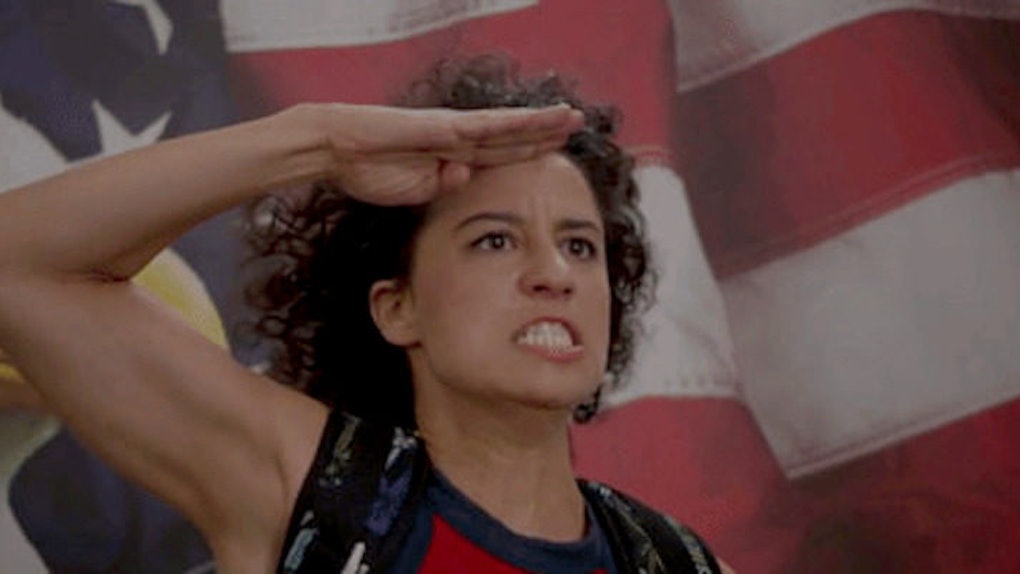 Emotional Stages All Women Will Feel When Voting On Election Day

Today, Americans will (hopefully) come together to elect the first female president of the United States, and I'm sure as hell not talking about Jill Stein.

As a woman who isn't so excited about the idea of a loud, lying, accused rapist becoming president, it's going to be a pretty emotional day trying to get Hillary Clinton into the White House.

And every long, harrowing, emotional day is fraught with its own emotional stages.

Here are the emotional stages most women will go through on Election Day:

Today is a historic day for feminism. You're so excited, you don't know whether to laugh, cry or pray to the Wicca goddess for being alive during a time where as a lady you can not only vote, but also has a LADY candidate to vote for.

You haven't woken up or left the house this early in YEARS.

"Vote before you go to work," they said. It'll be great, they said. Well, they probably are the type to go to bed at 8:30 and don't stay up late just because they can and Netflix exists.

Remind me why we vote on Tuesdays again? Shouldn't this be a national holiday or something?

I didn't even know they had sweaty multipurpose spaces from the 1970s in Brooklyn anymore.

What is an Elks Club? The world may never know, but there are approximately 800 people crammed in here and you need to be in Manhattan at your desk by 9.

Despite your best efforts, we both know you are late. Like, REALLY late.

How did your boss make it on time? Are we sure she did her civic duty?

If Trump wins, it's totally her fault.

12:30 pm: How do I prove I'm better than your aunt who posts memes saying "#LockHerUp?"

It's lunch time, so you know what that means: social media time.

Which "I voted" sticker selfie should you use? It's your civic duty to post, after all.

I have friends in Pennsylvania, what if they forgot what day it is? Plus this is like one of two days you can be both socially progressive and cute.

(The other is Memorial Day. Everyone knows that.)

"This bad hombre just voted?" too old. "Voting for Pussy?" Ugh, I'm friends with my grandmother on Facebook, so that caption won't fly.

Something meaningful from the heart about your actual feelings? Hell yeah, that will definitely get the most likes.

Out of work and sprinting to a TV. Why don't you know anyone with a TV/cable?!

Oh yeah, all your friends are 24-year-olds living in New York; you are all broke and stealing a Netflix password for streaming.

Can you stream live TV? Dammit, it was not a good day to also be stealing your crappy WiFi.

So you decided to watch the coverage at a bar. You have been here for nearly two hours.

When are they going to call it? You are five margaritas in. You know what, we wouldn't have these delicious margs if we banned immigrants whenever these magic drinks were created.

Is that racist? Where did the marg come from? OK, now you feel real racist.

FLORIA STRESSES YOU OUT LIKE NO OTHER STATE IN THE COUNTRY.

OMG. Shut up, everyone.

You need to drink more margs.