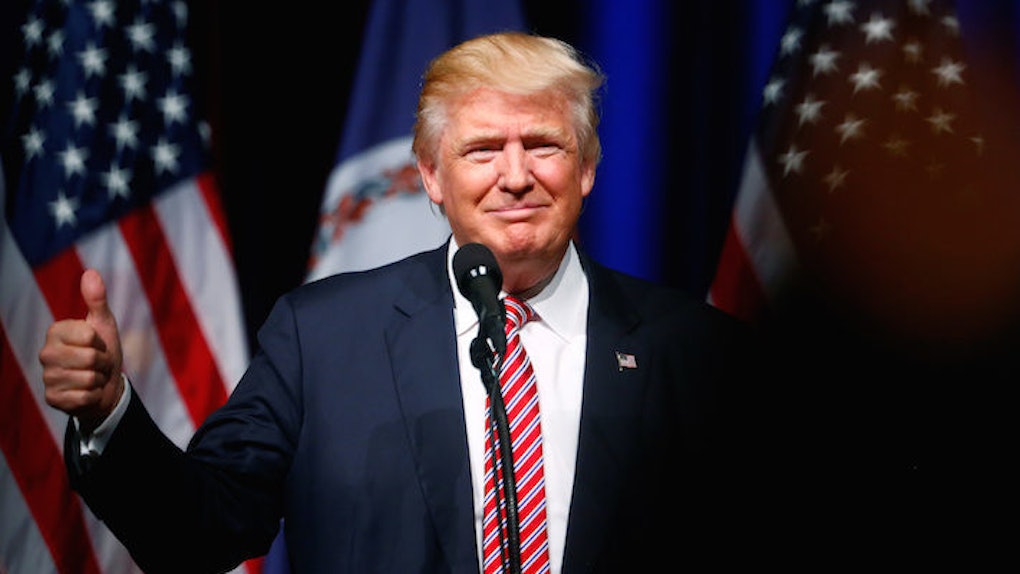 Women Only Like Donald Trump In One US State, According To New Poll

He once summed up his opinion on women by stating,

So it's not very surprising he's consistently struggled to win over female voters throughout this election cycle.

A Washington Post/ABC News poll from June, for example, found 77 percent of women had an unfavorable view of the real estate mogul.

It also doesn't help that Trump selected Governor Mike Pence as his running mate, a man with a history of taking strong stances against reproductive rights and gay rights.

But a new poll from Monmouth University actually shows a significant number of women in at least one state have a favorable view of Trump: Missouri.

Trump is also beating his Democratic opponent, Hillary Clinton, in Missouri, but by a very narrow margin: 44 to 43 percent.

With that said, the latest polls show Clinton in the lead overall (50 percent to 42 percent), and the New York Times currently calculates the former secretary of state has an 89 percent chance of winning the presidency, while Trump has just an 11 percent chance. Others have reached similar conclusions.

When analyzing the Monmouth University poll, it's also worth noting that while Trump leads among white voters in Missouri (50 percent to 37 percent), Clinton has a very strong lead among black, Hispanic, and Asian voters (78 percent to 13 percent).

Missouri's population is 79.8 percent white, so it's not the best representation of the US as a whole, which is roughly 62 percent white.

So, while Trump might be doing well among white voters in Missouri, including white women, and he has a lead in the state, his lack of appeal to women and minority voters appears to be hindering his campaign a great deal across the country.