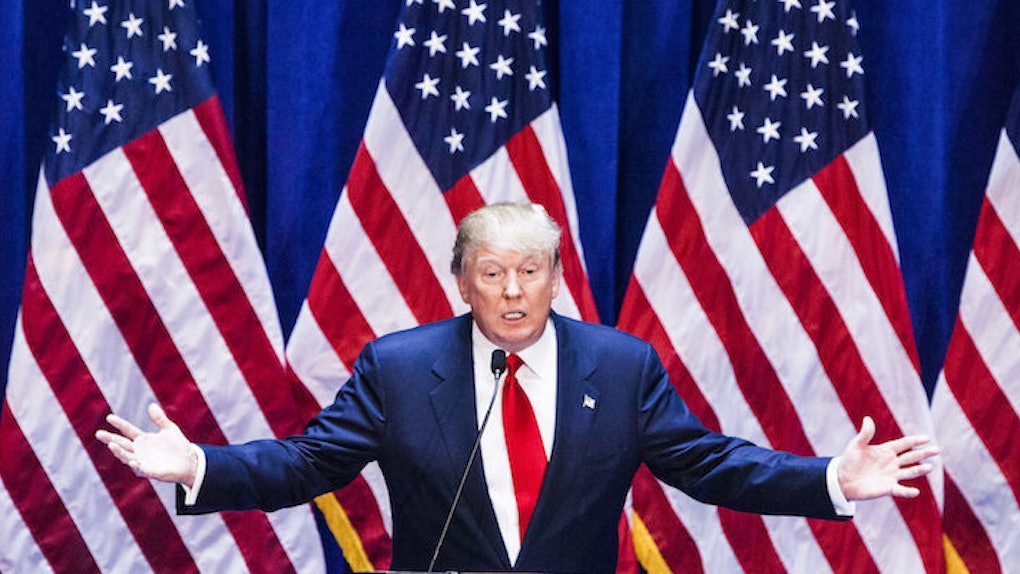 Donald Trump Tweeted The Craziest Things During The Democratic Debate

If the president's only responsibility was having a hilarious social media presence, Trump would have the Millennial vote cinched after last night's Democratic debate.

The Republican hopeful/absurd television personality took the opportunity to do what he does best: speak his mind regardless of whether anyone wants to hear his opinion.

Trump is gonna “do Twitter” all over your weak asses.

There's only one star in the galaxy of American politics and his name rhymes with “dump.”

He's basically the moderator, like Megyn Kelly without all the weakness organs.

Listen, Trump loves capitalism but don't BOMBARD him with it when he's enjoying some TV.

Has anyone here even taken an improv class?

The president of Russia has been texting Trump updates this whole time, haters.

She literally TOLD Trump at a Tupperware party they both attended she was always for that garbage deal.

Can you handle that, Hill? Probably not. Give Trump your podium. He's waiting backstage.

GET OFF THE STAGE.

GET OFF THE STAGE.

EVERYONE OFF THE STAGE.

There is still a small, sad chance Trump won't make it to the big show. At the very least, I plan on petitioning for him to host next year's Video Music Awards.