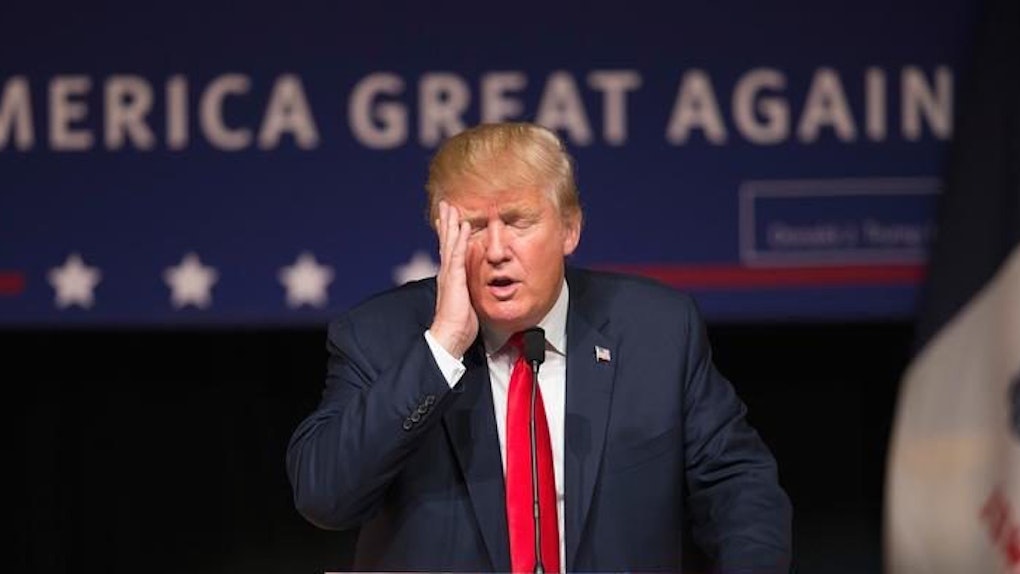 A black man was aggressively forced out of a Donald Trump rally as he protested the candidate last night.

BuzzFeed political writer McKay Coppins, who was in attendance at the rally, tweeted saying security guards got into at least five "scuffles" with protesters.

As security subdued one of these individuals, a Trump supporter called for him to be immolated, and the crowd cheered. In the video, you can hear someone scream,

Light that motherf*cker on fire!

MSNBC's Benjy Sarlin tweeted some of the other words attendees had for the protester.

The last phrase on Sarlin's list, "Sieg Heil," means "Hail Victory" in German and was used to salute the Nazi party.

It's unclear if someone actually said this at the rally, but Sarlin may have included it to show how the hateful rhetoric of the attendees wasn't too far off from that of Adolf Hitler.

The man in the video is at least the second black protester to be manhandled at a Donald Trump rally.

A Black Lives Matter activist, whom Trump later called "disgusting," was punched and kicked at one such event in Alabama last month.