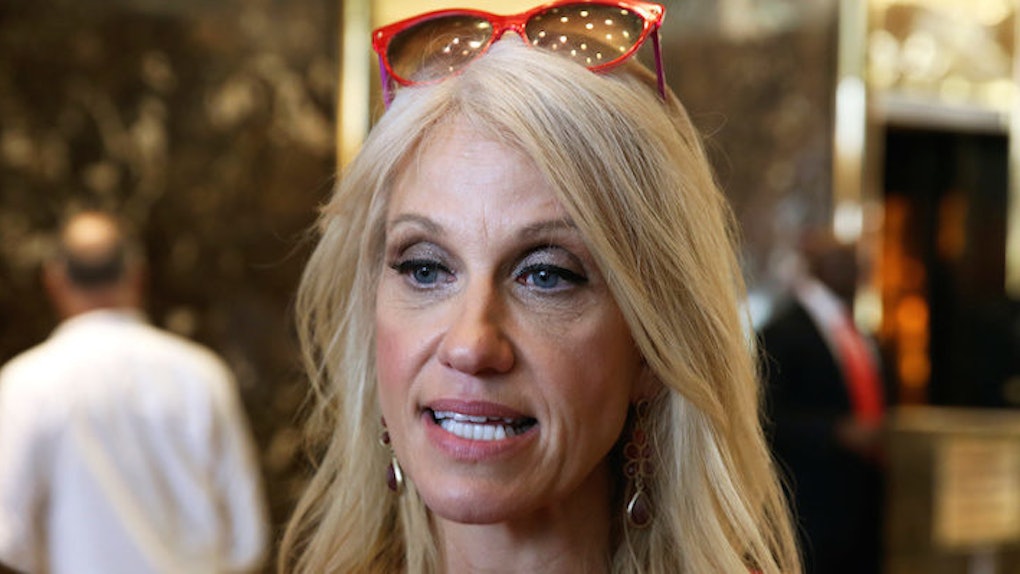 On Friday, Paul Manafort announced he was resigning just two months after he replaced Cory Lewandowski.

Her job will be to attempt to improve Trump's image after a series of controversial remarks saw his poll numbers plummet.

On "Good Morning America" on Friday, Conway defended the real estate mogul's effort to apologize for some of the statements he's made during the election cycle. Trump expressed regret about things he's said but didn't get into specifics.

Conway claimed the apology was the Republican presidential nominee's idea, not hers. She said,

It was not me, that's all Donald Trump. He was talking about anyone who feels offended by anything he said. He took extra time yesterday going over that speech with a pen so that was a decision he made. Those are his words... I hope that everybody who has criticized him at some point, for being insensitive or for mocking someone, at least shows some recognition and some forgiveness.

Well, it seems Conway has clearly offered Trump a little "forgiveness" because it wasn't that long ago she was trashing him.

In multiple instances, highlighted by Media Matters, Conway was extremely critical of Trump.

Conway laid into Trump for things like building "a lot of his business on the backs of the little guy."

And she ripped into Trump for not releasing his tax returns.

Kellyanne Conway is here to convince America Donald Trump is changing and becoming more suited for the challenges of the White House, but Trump's first general election ad just came out, and he used it as an opportunity to paint immigrants and refugees as dangerous.

The message behind this ad is pretty consistent with Trump's rhetoric throughout the election so far, including back when Conway still thought he was "unpresidential."