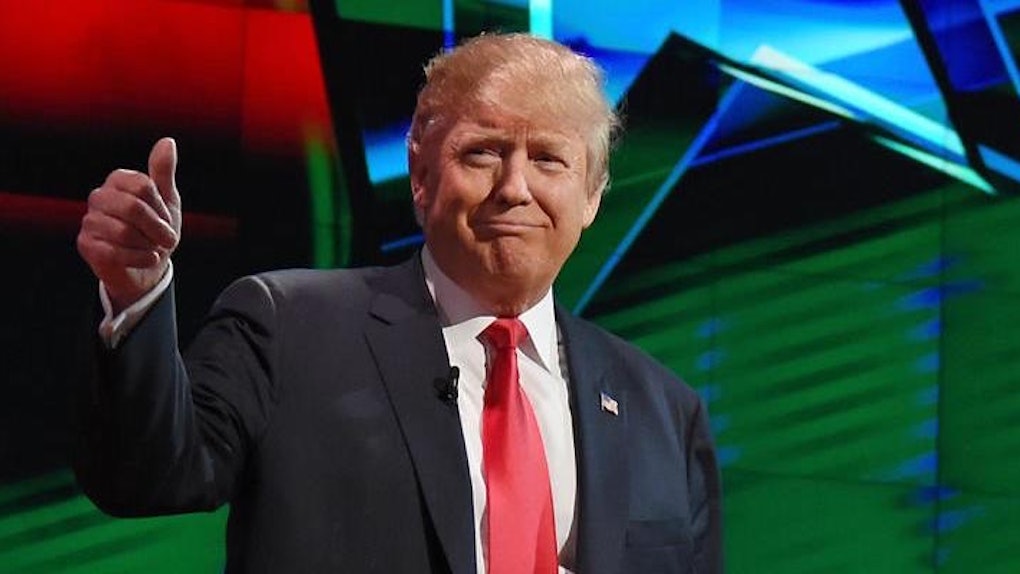 In the 1990s, one might've characterized his politics as liberal. Today, some people label him a fascist.

There was a point in time when Trump apparently fully supported abortion rights, universal healthcare and a ban on assault weapons; he even proposed legalizing all drugs.

Now, he says he's vehemently pro-life and anti-Obamacare, and he says the Second Amendment will be "totally protected" if he becomes president.

Indeed, Trump flip-flopped numerous times over the past several decades in multiple respects.

There's also the matter of Democratic presidential candidate Hillary Clinton. Over the summer, Trump said Clinton was the "worst secretary of state in the history of the United States" and would make a "terrible president."

This stands in stark contrast with his opinion of her in the past. Not long ago, Trump frequently praised Hillary Clinton.

As BuzzFeed reports, back in 2008 -- less than a decade ago -- he blogged Hillary would make a "great president."

Read a segment of the blog post below where Trump wrote, "I know Hillary and I think she'd make a great president or vice president." Click here for the full post.

Either Trump changed his mind about Clinton, or he's not being totally honest.

What's more, as Politico highlights, state and federal disclosure records show Trump and his son donated to Clinton on several occasions: 2002, 2005, 2006 and 2007. He also reportedly donated around $100,000 to the Clinton Foundation.

In Trump's defense, Hillary Clinton also has a history of flip-flopping on issues. Most politicians, in some way or another, are opportunists. They say what they think people want to hear, rather than what they truly feel or believe.

But not all politicians propose things like banning all Muslim immigration to the US as Trump did.

Even if Trump is just a demagogue, his rhetoric is arguably dangerous.