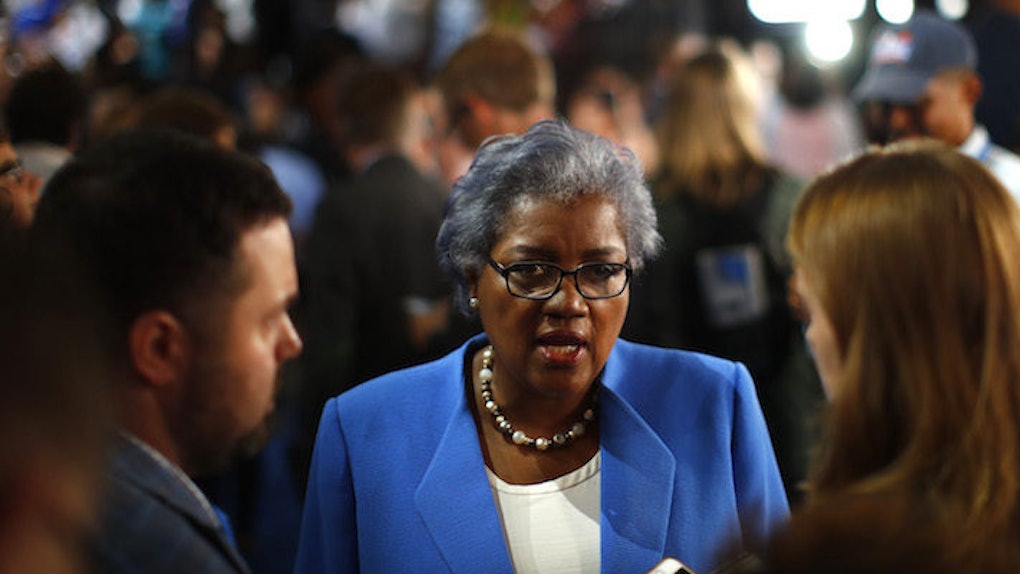 The DNC Told The FBI It Thinks It Was Bugged

It feels like we just traveled back in time to the 1970s because the Democratic National Committee recently informed the FBI it gathered evidence that its headquarters in the nation's capital might've been bugged, Mother Jones reports.

Are we witnessing this election's version of Watergate?

Given Russian hackers and controversial leaks have loomed over this election, the DNC was reportedly inspired to hire a firm to do an electronic sweep of its offices in September, but nothing out of the ordinary was found.

Then, in late October, interim party chairwoman Donna Brazile ordered up another sweep.

According to Mother Jones, Brazile was concerned the office might've been infiltrated after conservative activist James O'Keefe put out a new set of hidden-camera videos alleging Democrats tried to encourage violence at Trump rallies.

During this sweep, a radio signal was found near the chairman's office, which could mean there was a listening device outside the office.

No device was found, and the DNC hasn't specifically identified anyone they believe could be behind this.

But it's clear the DNC is still very concerned.

You have to take all of this incredibly seriously.

We were told that this was something that could pick up calls from cellphones. The guys who did the sweep said it was a strong indication.

The DNC would not say what it's doing in response to all this and told Mother Jones it has a "general policy" to remain silent about such topics.

Due to various election-related scandals, the DNC is a very unpopular institution with certain segments of Americans right now, and it's hard to say how the public might respond to this.

Actress Susan Sarandon, for example, referred to the DNC as "completely corrupt" on Friday morning.

Regardless, this news is yet another example of how chaotic this election cycle has been.

As we get closer to Election Day, it feels more and more like we're living out a season of "House of Cards."

Citations: Exclusive: The Democratic National Committee Has Told the FBI It Found Evidence Its HQ Was Bugged (Mother Jones)