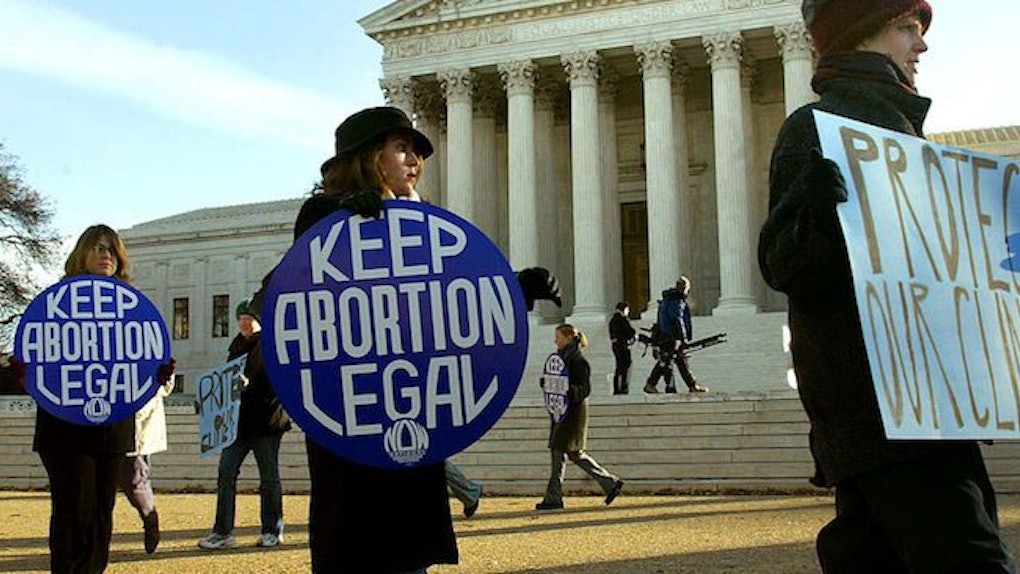 Delaware lawmakers have just taken a major step to protect a women's right to choose.

On Tuesday, the Delaware state House voted in favor of a bill that removes restrictions on abortion in current Delaware law, ABC News reports.

The bill guarantees the right to abortion in the state of Delaware, in case the Supreme Court ever decides to let that be states' decisions instead of a national rule -- which is what Donald Trump said he wants.

The Delaware state Senate had already approved the measure.

The bill was sponsored by Senator Bryan Townsend, who celebrated its success in the House on Facebook.

Today the Delaware State House joined the State Senate in passing legislation to protect a woman's right to choose. This legislation updates unconstitutional Delaware state law to align it with the current policy in Delaware: the balanced federal framework under Roe v Wade and other cases. I was proud to be the lead sponsor of this legislation and to work with Rep. Debra Heffernan and many others on this important effort to protect women's rights.

Governor John Carney reportedly plans to sign the bill, which will make Delaware the first state to guarantee the right to abortion since the election of Donald Trump.

This move is a response to Trump's pledge to nominate Supreme Court justices who would overturn Roe v. Wade, the landmark SCOTUS decision that made abortion legal.

When asked about whether he would support overturning Roe v. Wade during a presidential debate in October, Trump said,

If we put another two or perhaps three justice on, that's really what's going to be -- that will happen. And that'll happen automatically, in my opinion, because I am putting pro-life justices on the court. I will say this: It will go back to the states, and the states will then make a determination.

But there's an open debate on whether or not this could really happen, in the sense overturning a Supreme Court decision is extremely complicated.

This bill removes outdated restrictions on abortion in Delaware law.

Under current Delaware law, abortion is restricted after 20 weeks and abortion is only allowed before 20 weeks if the mother's health is at risk, if the pregnancy resulted from rape or incest or if the child is at risk of being born with serious disabilities.

Roe v. Wade went above these restrictions, and mandated that abortion be legal up to the point of viability (when a fetus can live outside the womb), which is sometime between the 24th and 28th week of a pregnancy.

If Roe v. Wade is overturned, this new law would ensure that the restrictions in current Delaware law would be void and a women's right to an abortion would be guaranteed.

The bill also allows abortion after the point of viability if a doctor determines the procedure is necessary to protect the mother's life or if the baby is not likely to survive without "extraordinary medical measures," according to ABC News.

Delaware has set a strong example for other states in moving this bill through its legislature.

A number of other states are currently looking at ways to codify abortion access, including New York and Illinois.

But given it's such a hotbed issue, many of these efforts have been met with stiff opposition.

Meanwhile, other states have made moves that further restrict a women's right to choose, such as Tennessee, where the governor recently signed a strict late-term abortion ban.

With that said, it's clear the debate surrounding abortion is far from over.