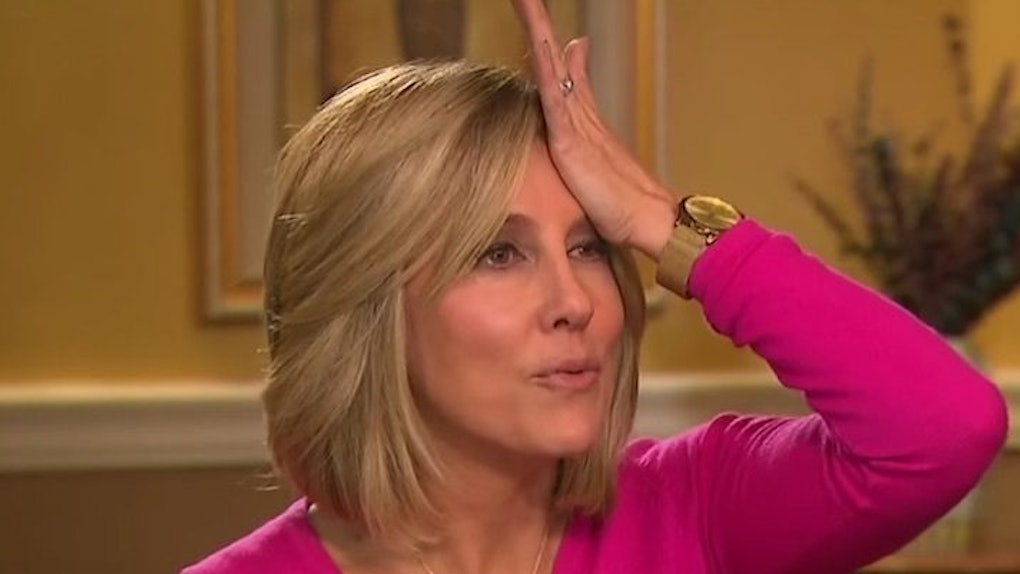 Alisyn Camerota could not help herself.

The CNN anchor literally put the palm of her hand to her forehead as she tried to understand what her interviewee was saying.

She was speaking to Trump supporters about their opinions on the president-elect when the conversation turned to voter fraud.

In trying to understand the point being made, she couldn't help but stumble over her words,

To see a professional journalist so floored was fascinating, to say the least, but no more fascinating than the actual conversation that led to the moment.

The full face-palm clip, which was uploaded onto YouTube by CNN, is about a minute and a half long and begins with a highly debatable claim from a Trump supporter named Paula.

Voting is a privilege in this country. And you need to be legal, not like California, where 3 million illegals voted.

The claim set Camerota off. The anchor immediately began challenging Paula's assertion with questions like:

So where are you getting your information? Which media? CNN said that 3 million illegal people voted in California? Do you think 3 dozen or 3 million? Did you hear President Obama say that illegal people could vote? Tell me, where?

It's pretty obvious why Camerota pressed the woman on these claims, too.

So where exactly did Paula get the idea that illegal immigrants were voting? Well, after a long back-and-forth, she and another woman being interviewed doubled down on the claim.

And here's where things get interesting. Camerota puts on her glasses and actually searches for an instance in which Obama told illegal immigrants they could vote.

Sure enough, Fox Business Network did air a segment focusing on the president's interview with Millennial Latino outlet, Mitú.

During the segment, host Stuart Verney says Obama "appears to encourage illegals to vote and he promises no repercussions if they do."

Of course, the actual entirety of the president's interview with Mitú paints a completely different picture, as Obama makes it clear only citizens can vote.