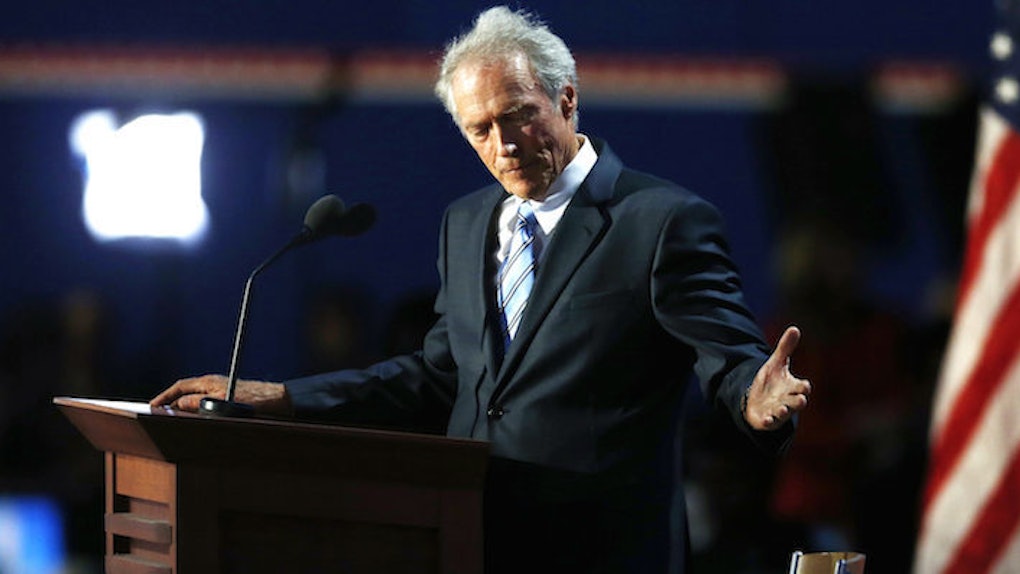 Clint Eastwood Is Everyone's Racist Grandpa With These Comments About Trump

Clint Eastwood, one of the most recognizable names in Hollywood, just made some remarks on the US presidential election that really pissed off a lot of people.

During an interview with Esquire published on Wednesday, the famed actor and director said he wasn't endorsing any specific candidate, but he'd definitely vote for Trump over Clinton. He said,

I'd have to go for Trump.

And if you have a problem with Trump's arguably racist rhetoric, Eastwood thinks you should just "fucking get over it." This is the comment that really struck a nerve with people.

To his credit, Eastwood acknowledged Trump has said "dumb things," but he still just wants us to "fucking get over it."

[Trump is] onto something, because secretly everybody's getting tired of political correctness, kissing up. That's the kiss-ass generation we're in right now. We're really in a pussy generation. Everybody's walking on eggshells. We see people accusing people of being racist and all kinds of stuff. When I grew up, those things weren't called racist.

Well, perhaps the things people are calling racist today weren't called racist when Eastwood was a kid because he was born in 1930, when Jim Crow was still alive and well.

Many people took to Twitter to express their furor over Eastwood's remarks.