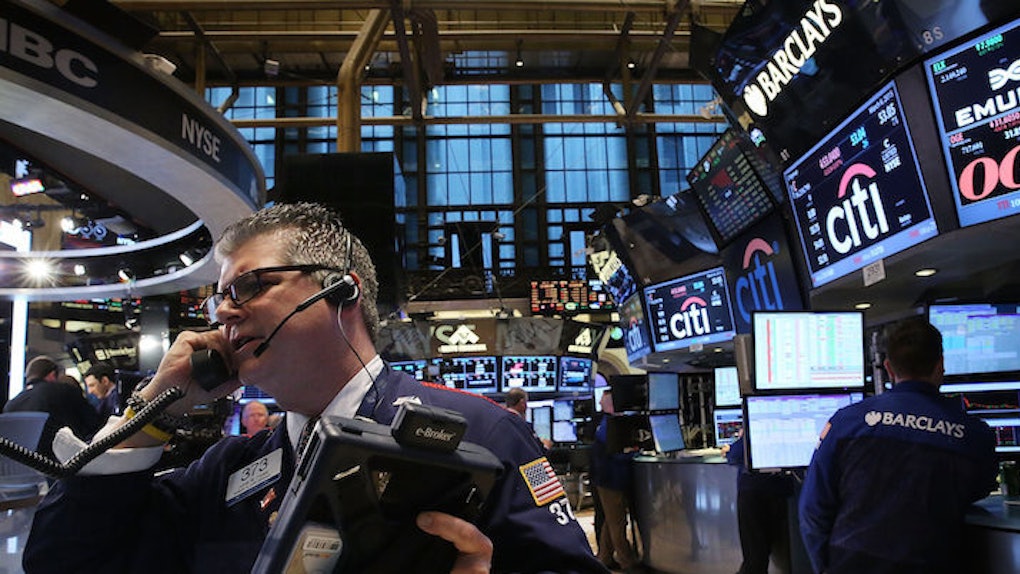 August is about long weekends, sailing and sundowners; it wasn't supposed to be about the stock market. Unfortunately, people don’t seem to know this in China.

Instead of cruising down the Yangzte in Shanghai’s version of a Bayliner, investors in China spent most of the summer furiously selling stocks. Concerns about a slowing Chinese economy had been increasing, but over the summer, the fear became mainstream.

And the selling spread.

First, it was to the emerging markets and Europe, before hitting the US, where it has caused stocks to enter "correction" territory, aka down 10 percent from their peaks. It led to the worst month for US stocks in five years.

But China isn’t really that big of a deal to the US.

Well, in many respects, it is. China is a rising global power that might one day threaten US global hegemony, and it makes many of the things we use in our day-to-day lives. It also has a billion people and a rising middle class, and it owns $1.3 trillion of our national debt.

I could go on, but the point is, it’s not that big a deal to the US economy.

This is because China doesn’t buy very many things that are actually made in the US. Only 7 percent of US exports head to China.

As Merrill Lynch’s former chief North American economist points out, the correlation between China’s economy and the US is only 16 percent.

So, why did US stocks supposedly sell off so much because of the news from China?

One major reason is that multinational firms based in the US, like Apple, are vulnerable to a slowdown in China. They don’t export things from the US to China, but they sell products in China.

Think about Apple. Its phones are actually assembled in Taiwan. They are then shipped to China, where they are sold.

Certain sectors that do export to China, like automobile companies, are going to lose money as China slows down. Commodity companies are also hurt because of the big decrease in, for example, oil prices, caused broadly by China’s weakness.

But, that leaves plenty of other companies to invest in.

Selling stocks is popular right now. As traders say, the market is "risk averse," as Wall Street gets set to return from its summer holiday. And the market could easily plummet from here.

But the US economy is doing just fine. It’s growing solidly, if not spectacularly, jobs are still being created at a good rate and the housing market is strong. There are no signs yet that China (or anything else) is going to push the US into a recession.

So everyone can just chill out.

With proper financial planning, you should be able to weather these short-term storms. Trying to time the market is, almost always, a loser’s game over the long-term.

Stocks rebounded even after the apocalyptic financial crisis in 2008-2009, and those who favored long-term investing won out. If you doubt this, look at how many hedge funds were forced to close as a result of the crisis.

So, have a financial plan that suits your circumstances, and ride out the market's ups and downs. And one day, you can buy your own Bayliner.

(The Chinese version of a Bayliner is actually a Bayliner. Ironically, it is one of those companies that probably will suffer as a result of the Chinese downturn.)