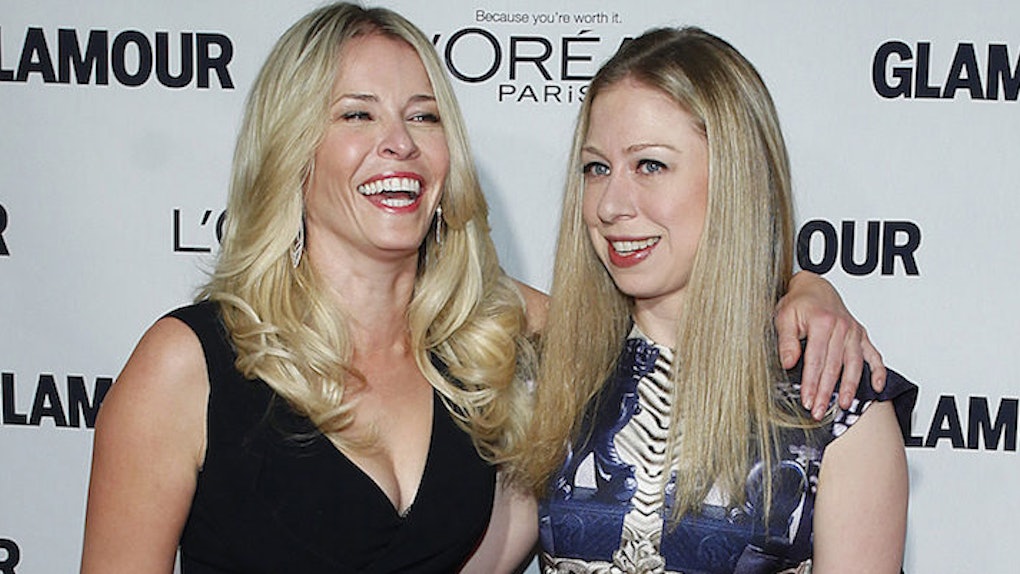 Handler was a huge Hillary Clinton supporter this year. Recently, she spoke up about her disappointment at the results of the election, where Donald Trump unexpectedly won.

Handler penned an essay about women needing to support women in wake of the election. The essay was written for Arianna Huffington's new Thrive Global and was published on Sunday.

She writes that "one of the saddest things" about the election was the women who voted for Trump -- and specifically, the 53 percent of white women who did.

Handler wrote that when presented with the option to vote for Clinton, "white women of America reactivated their prehistoric Pavlovian reflexes and fell obediently as they reincarnated the great female penchant for self-mutilation."

Handler linked this to the idea that women don't like to support other women.

This includes women's "competitiveness" and "jealousy," as well as women's tendency to make "snide comments," especially about other women's clothes and weight.

To be honest, I'm not entirely sure how much that had to do with Clinton losing the election.

I would say Clinton was absolutely held to a different standard than Trump. She was expected to be better than spectacular in every facet of being a politician -- in her words, her policy, her appearance and her tone of voice.

And I would agree misogyny was a factor in Clinton's loss. But that misogyny came from both women and men.

I love Chelsea, but it makes me uncomfortable to see her perpetuate the idea that women are catty and hate each other. When I look at the women in my life, that's not what I see.

I see strong, smart women who celebrate each other's victories.

As I said, I'm not sure that Clinton's loss was caused by women's jealousy of other women. It also probably had to do with party lines and years of Republican opposition and fake news and fear and xenophobia and so on.

But I am absolutely with Handler on the idea that women need to stand up for other women.

Handler starts her essay by pointing out,

94% of black women voted for Hillary Clinton, because unlike white women, black women don't take their rights, liberties, or justice for granted.

She doesn't really drive this point in, but by voting for Trump, 53 percent of white women made the implicit point that they do not care about the rights, liberties or justice of marginalized women in America (including non-Christians, immigrants, refugees and women of color).

Look around. Get away from yourself. Find women to support. Throw your weight behind them. Get involved.

Although Clinton won the popular vote by well over 2.5 million votes, white women (and I write this as one) still need to do a better job of thinking about each other before thinking about ourselves.

It's never a bad time to support women supporting each other.