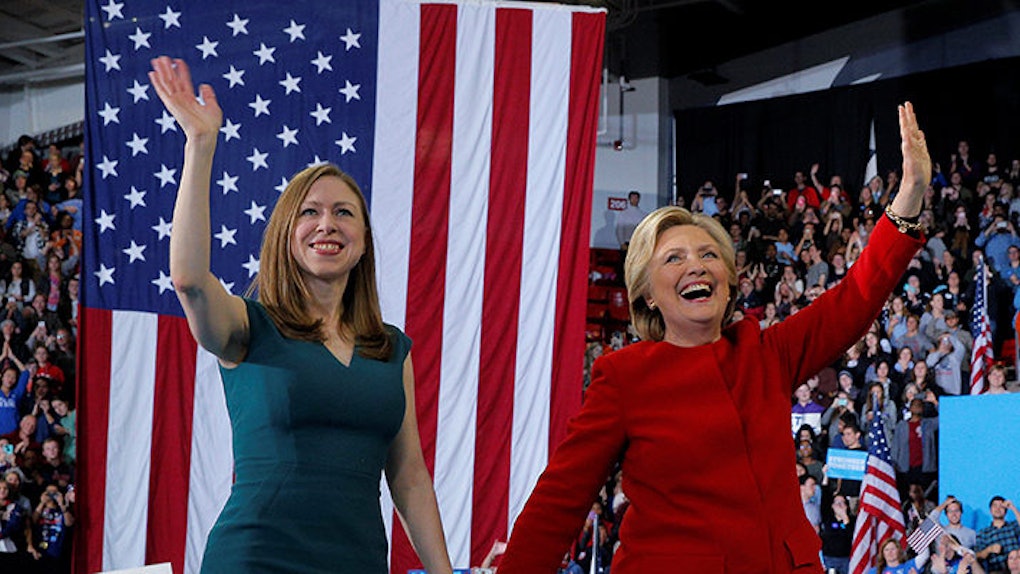 The Clinton name might not be done in politics yet.

According to a report from the New York Post, Chelsea Clinton could be ready to take up her mother's mantle and jump into the political arena.

While it is true the Clintons need some time to regroup after Hillary's crushing loss, they will not give up. Chelsea would be the next extension of the Clinton brand. In the past few years, she has taken a very visible role in the Clinton Foundation and on the campaign trail.

Sources have reportedly informed the Post that Chelsea is being "groomed" to be the successor for Congresswoman Nita Lowey, the 79-year-old democrat who represents the 17th district of New York.

The district includes Chappaqua, where Bill and Hillary reside.

And while Chelsea has an apartment in New York City, the Post reports her parents purchased a $1 million home for their daughter and her husband.

This is sure to come as welcome news for some Hillary supporters, as one of the few things that has given hope to people who were devastated by Tuesday night's result is the future.

What can be done? What can we change? Who will help us change it?

Those are just a few of the questions left-leaning voters were likely to ask themselves this week, and it looks like there might be a pleasantly surprising answer to the latter.

While politics isn't the life Hillary wanted for Chelsea, she chose to go on the campaign trail for her mother and has turned out to be very poised, articulate and comfortable with the visibility.

Of course, there is another point to consider.

If this election is considered a rejection of the political "elite" (which is debatable, given Secretary Clinton's win of the popular vote) the idea of another Clinton becoming a political star isn't exactly as much of a slam dunk as you might have thought it was last week.

Still, the prospect of Chelsea following in her mother's footsteps is cool. We'll see how it plays out.