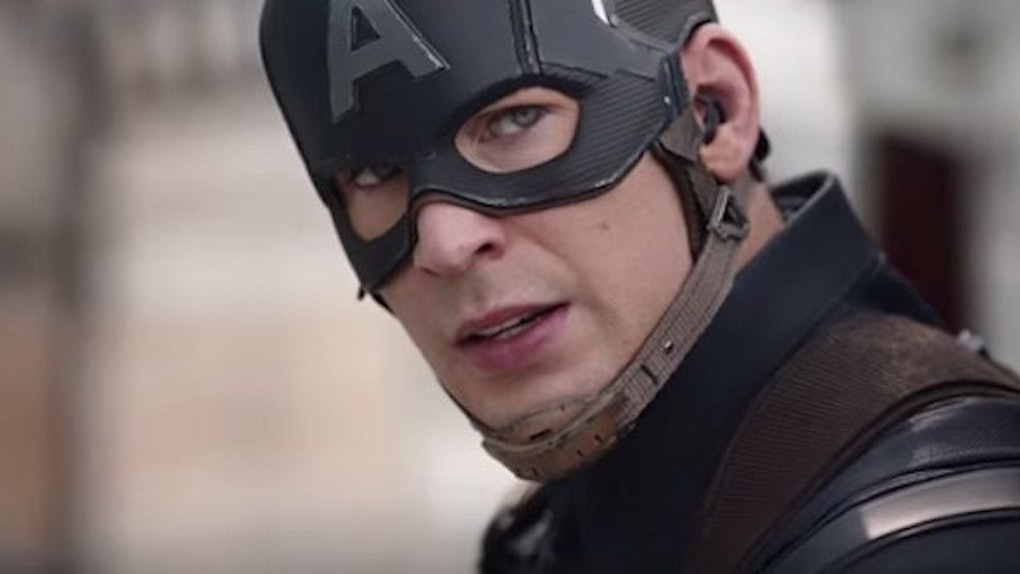 I finally saw "Captain America: Civil War" the other night, and I was very impressed. Before I get into what I liked about it, beware, there are spoilers ahead.

The movie was pure nerd heaven, and great for a wide array of reasons. It was like a superhero buffet, from Black Panther to Spider-Man, it was jam-packed with incredible characters.

But, beyond the plethora of individual superheroes displaying their amazing powers in multiple adrenaline-inducing fight scenes, what I truly enjoyed was the thematic elements of this film.

In my opinion, the entire movie was an examination of America's complicated role in the world. I left the movie feeling as if I'd just attended an "Intro to International Relations" class.

I'd argue the Avengers were essentially a metaphor for the United States in this movie.

They're a powerful, well-equipped and typically well-intentioned entity, but also very destructive, and the world has a very intense love-hate relationship with them for this reason. Sound familiar?

While many in the world are grateful for every time the Avengers have stepped up and saved the planet from a seemingly inevitable apocalypse, others don't think all of the damage they've inflicted along the way is worth it.

These sentiments are at the heart of the schism that dominates the narrative of "Captain America: Civil War."

Half the group, led by Captain America, doesn't think the Avengers should have to answer to anyone. They don't want their power to be harnessed for bad reasons, and they don't want to be prevented from stepping in when necessary.

The other half, led by Iron Man, thinks the Avengers should be subjected to oversight and regulations in collaboration with the international community.

In many ways, the two opposing groups of superheroes represent the two principal theories of international relations: realism and liberalism.

Correspondingly, both of these theories, or ways of viewing the world, continue to influence America's foreign policy to this day.

This is a very watered-down definition, but realism is essentially the idea that states (countries) are completely driven by their self-interests. In other words, they're only interested in increasing their power and influence compared to other nations.

Comparatively, liberalism is basically the notion the interconnected nature of the globe means it's in the interest of the world's nations to work together. Proponents of liberalism believe cooperation, not military power, is the best answer to global crises and offers a path toward peace.

How does any of this relate to the movie? Bear with me, I'll get to that in a second.

In "Captain America: Civil War," the United Nations (UN) comes together and proposes the Avengers sign an accord (the Sokovia Accords) that would mean they cannot act unilaterally, but can only start kicking ass and taking names with the oversight of the international community.

As Ashley Miller and Rachel Slattery of Salon highlight, this is in many ways representative of how the UN operates in real life. In their words,

The underlying themes of accountability and government oversight in 'Civil War' strike a chord when it comes to the role of the United Nations and how best to bring order to a chaotic world.

Indeed, the United Nations was largely founded upon the ideals of liberalism, and even though the United States was instrumental in its establishment, many American politicians continue to be wary of its influence to this day.

These individuals are of the opinion America might not be perfect, but it has the most potential to bring peace and stability to our planet. Simply put, they don't think the rest of the world should have a say in how the US operates.

In the movie, Captain America definitely echoes these sentiments. You might say his character is an allegorical representation of realism.

Captain America did not want to sign the Sokovia Accords because he didn't want outsiders to be able to tell the Avengers when they can and cannot take action. There are plenty of real-world US politicians who are currently of this mentality (and many of them voted for the Iraq War).

Meanwhile, Iron Man represents American politicians, such as President Obama for example, who typically approach foreign affairs in a manner that reflects the tenets of liberalism. These politicians are wary of intervention, and believe unilateral action ultimately works against the interests of the United States. (This might also help explain why Obama voted against the Iraq War.)

In the movie, Iron Man signs the Sokovia Accords because he is troubled by the amount of collateral damage the Avengers have inflicted across the globe. He wants to help people, but he also wants to make sure he does so in a regulated and restrained way.

Ultimately, both Captain America and Iron Man learn there are limits to their positions. The world is too complicated to be approached via any single perspective.

America has learned this the hard way throughout its short but storied history. It's been too assertive in many instances (and, not to mention, driven by dubious intentions), and created chaos that's lasted generations in certain countries and regions of the world. Simultaneously, it's learned that inaction can also create pandemonium.

This is the predicament a powerful country like the US finds itself in: People don't want it to overstep boundaries and act completely by its own will, but, when it has the capacity to address certain situations, and it doesn't, it finds itself similarly condemned.

Amid all the explosions and epic battle scenes, the movie reminds us that no group of people, no matter how exceptional, can solve all of the world's problems alone -- there must be a healthy balance between self-reliance and cooperation.