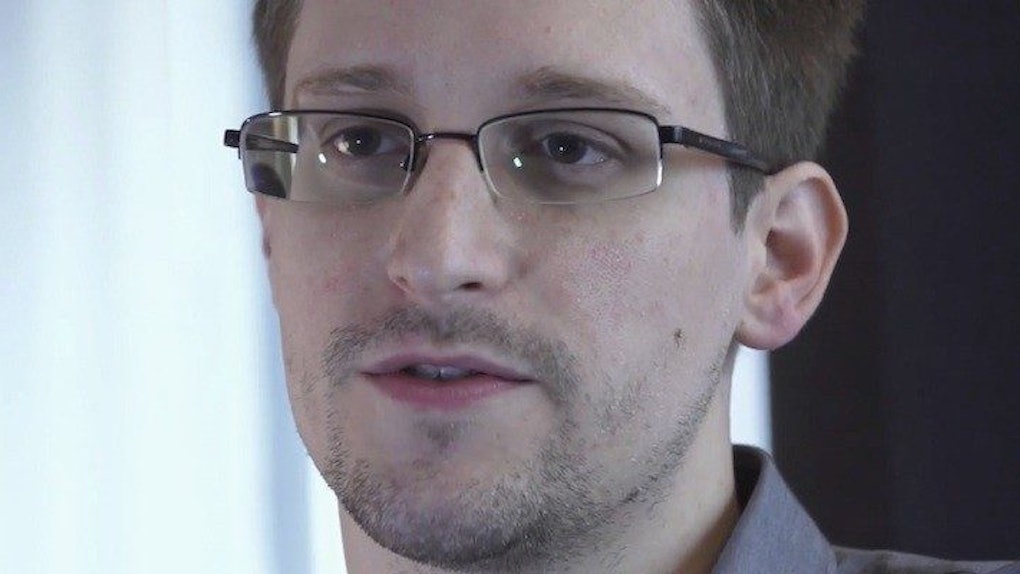 Why Only One Democratic Candidate Supports Edward Snowden

About two-thirds into last night's Democratic Presidential Debate on CNN, Anderson Cooper segued out of a question on NSA spying tactics into a more specific binary argument.

Is Edward Snowden a traitor or a hero?

Each candidate gave a thoughtful response, which perhaps conveys his or her broader message on how he or she would treat enemies of the state.

Here are the things each debate participant had to say:

Chafee stumbled over his words a few times here.

Maybe he was so excited to be the first person to establish a stance on this, or maybe he wanted to make sure he didn't roll out the welcome home parade a little to vigorously.

Either way, Chafee made clear he would side with Snowden because the courts have already ruled on the matter.

Like almost everything else she said during the lively, constructive debate, Hillary's response here was wonderfully prepared.

She was the first candidate to make the distinction that Snowden stole classified information, which should not be forgotten.

However, it did seem like the former Secretary of State was merely aligning herself with the White House's statement in July, which outlined other options Snowden had at his disposal, and reminded him he should accept the consequences of his actions.

Snowden put a lot of Americans' lives at risk. Snowden broke the law. Whistle-blowers do not run to Russia and try to get protection from Putin.

O'Malley was either on a brutal shot clock here or didn't have much else to say. But I like how he brought Russia back into the fold of this discussion.

We can't forget that Snowden fled to Hong Kong first, found asylum in Moscow and apparently had a flight booked to Cuba. Snowden's journey was like "GoldenEye" meets "Tomorrow Never Dies."

But who is James Bond in this scenario? Martin O'Malley?

I think Snowden played a very important role in educating the American people to the degree in which our civil liberties and our constitutional rights are being undermined. He did break the law, and I think there should be a penalty to that. But I think what he did, in educating us, should be taken into consideration.

The Vermont Senator was the first to point out Snowden actually shined a light on something the American public didn't know a lot about, while also throwing in what, by this point in the discussion, seemed like the company line of "Snowden broke the law."

We know he broke the law. That's why his story is interesting.

But he did it to educate, not abdicate.

I would leave his ultimate judgement to the legal system. Here's what I do believe: We have a serious problem in terms of the collection of personal information in this country. And one of the things I did during the FISA bill of 2007 was introduce, with Russ Feingold, two amendments, basically saying we understand the realities of how you have to collect this broad information in the Internet age. But after a certain period of time, you need to destroy the personal information that you have, if criminal justice procedures have not been brought against them.

Being the last person to answer this question is an unenviable position.

However, Webb separated himself by hitting on actual legislation he was a part of.

Unfortunately, that amendment removed the requirement for the government to supply a warrant to spy on foreign intelligence targets.

I didn't really know who Jim Webb was before the debate started. I still barely do now. But he gave a strong response here, and stood out throughout the night.