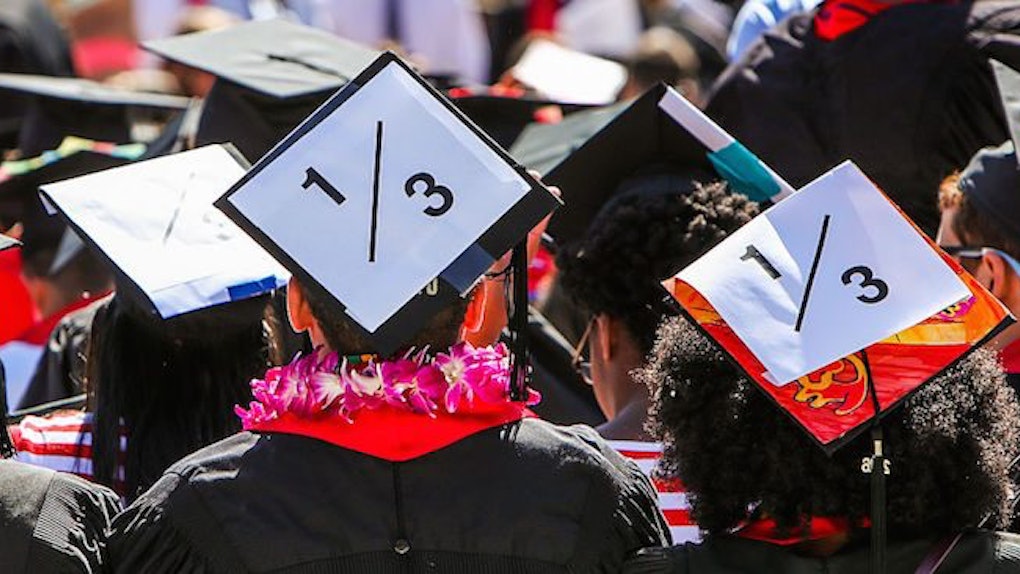 What Does Title IX Do? Betsy DeVos May Mess With It

Betsy DeVos, the Secretary of Education nominated by President Donald Trump, is making an announcement on Thursday, Sept. 7 about Title IX. Title IX is a law that's been in place in schools for a long while, and it's been thrown around a lot in the news in the past few years. Still, some might be confused about what exactly it is that Title IX does. So let's review it.

Title IX in general is a really simple concept. It's part of the Education Amendments Act of 1972, which was created in -- you guessed it -- the 1970s. Title IX says,

No person in the United States shall, on the basis of sex, be excluded from participation in, be denied the benefits of, or be subjected to discrimination under any education program or activity receiving Federal financial assistance.

Title IX is law for any school that gets federal funding. Although we hear about it a lot in reference to colleges, it also applies to K-12 schools.

So then how does Title IX apply to sexual assault?

In recent years, we've been hearing a lot about Title IX in reference to campus sexual assault (and, again, although we hear less about it, Title IX also applies to K-12 for sexual assault. Know your rights!).

Schools are required to handle sexual assault cases because of Title IX. This takes some logical steps, so join me through this. Title IX says that all students have to have equal opportunities in schools. If a person is harassed or assaulted, which are included under the umbrella of gender-based violence, they may not have that equal access -- i.e. if your assailant is in your five-person seminar, you may not feel safe going to class, so you don't have equal opportunity to get that education.

This is where things start to get a little more complicated, but it all remains under that same goal: Opportunities must be equal.

In 2011, the Obama administration sent a "Dear Colleague" letter that more specifically outlined what schools have to do under Title IX. It doesn't actually change the law, it just tells schools that they have to follow it and protect students from discrimination from cases of sexual violence as immediately as possible.

When a school is found to be noncompliant with Title IX, it means that they aren't following these rules in protecting the survivor and stopping sexual violence as soon as possible.

Overall, it's a pretty simple idea. Title IX just wants to make sure that people of all gender identities have the same access to education and everything that comes with education. It really shouldn't be that controversial.