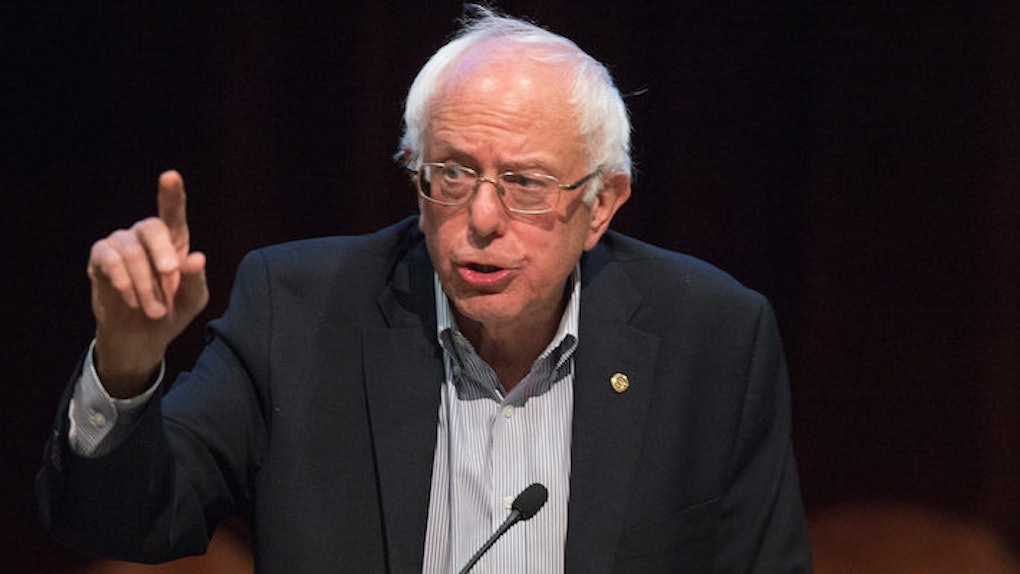 Bernie Sanders Heroically Saved This Reporter From Getting Trampled (Video)

Bernie Sanders has a lot to be proud of after a strong performance in last night's Democratic debate, but after he left the stage, the true heroics came out.

Back in the spin room, a crowd of reporters hustled to get up close and personal with Sanders as he walked through, causing a crush of people.

In such madness, MSNBC anchor Andrea Mitchell nearly fell down as cameramen and other reporters pushed toward Sanders. That's when Superhero Sanders stepped in.

In his signature old-uncle voice, he shouted,

He then turned to Mitchell and asked,

Are you all right?

Mitchell said she was fine and called it a "dangerous situation." When the dust settled, Mitchell got her interview with Sanders.