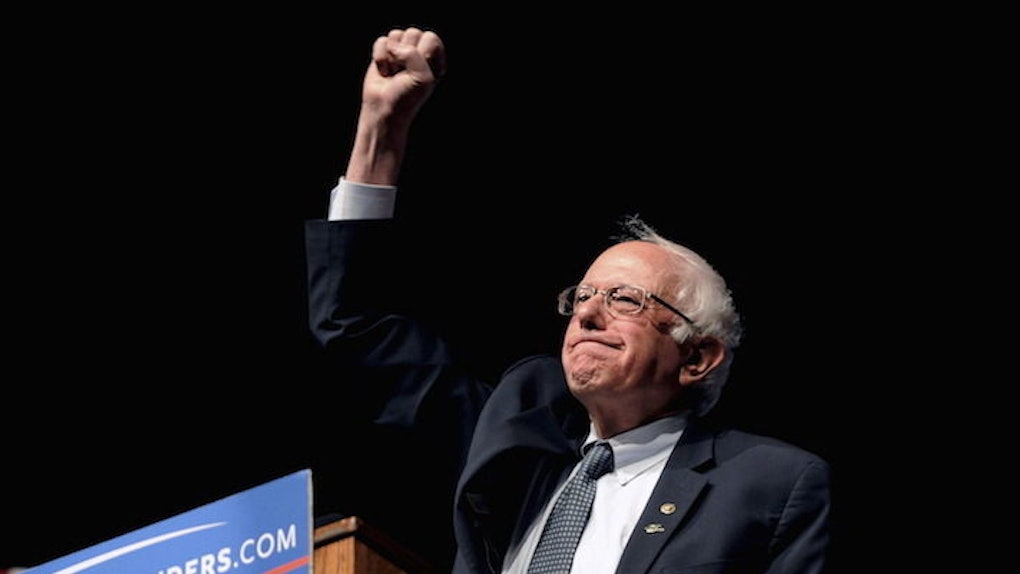 The Vermont senator, who identifies as an independent but caucuses with Democrats, is officially part of the Senate Democratic leadership and was named the "Chair of Outreach," Huffington Post reports.

Senator Elizabeth Warren, who shares similar perspectives to Sanders, was also elevated to a new position.

While she was already in the leadership, Warren will now be the "Vice Chair of the Conference."

Sanders will also serve as the top Democrat on the Budget Committee.

Speaking with reporters on this development, Sanders stated,

That is a heavy responsibility. It helps shape the priorities of the United States government, and I am going to do everything that I can to make sure that the budget that leaves the United States Congress is a budget that represents the needs of working families and a shrinking middle class, and not millionaires and billionaires.

It makes a great deal of sense Sanders would be chosen for a leadership position, given how successful his campaign was and how popular he became during the election cycle.

This is a positive step forward for the Democratic party as it struggles to recover from the shocking victory of Donald Trump in the presidential election.

Democrats have definitely been doing a lot of soul-searching since Election Day.

The party has faced a great deal of criticism and widespread calls to change the way it operates.

We need a sharper, bolder economic message about returning the economic system, which so many feel is rigged against them, to one that works for the people.

Sanders would definitely agree, as he spent much of his presidential campaign arguing for big changes to the political establishment. He is now the embodiment of that change.

While the presidential election didn't go the way a lot of people hoped, many of its key players will continue to ensure those who supported them have a voice in America's political system -- especially Bernie Sanders.