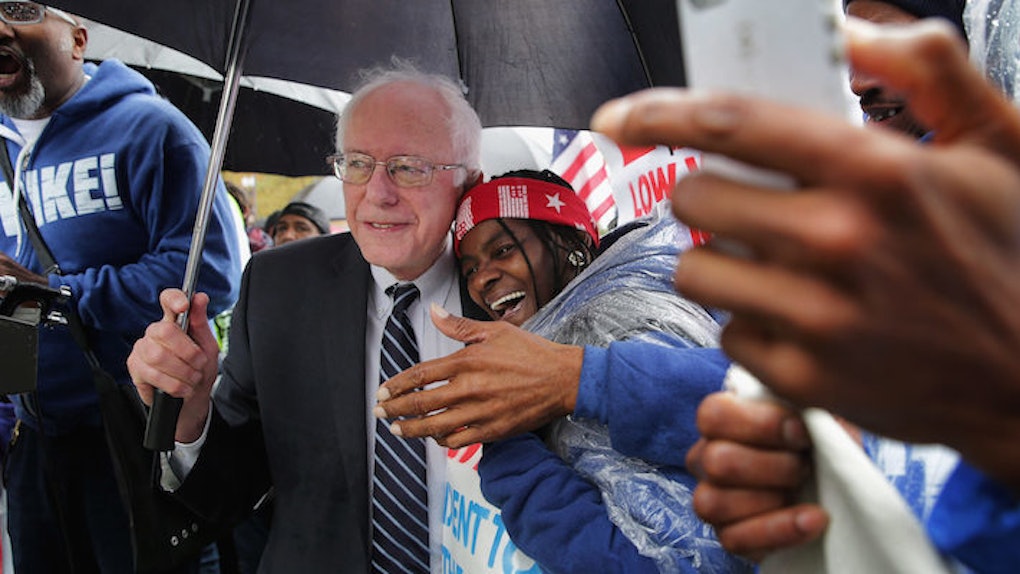 No one can deny the 2016 presidential election has already heated up some controversy, with a few candidates who seem to have no idea about the damage they could do to this country with the policies they are proposing.

But there is one candidate who is making a whole lot of sense.

No, it's not Hillary.

He just might be the best candidate for women as well.

Don't get me wrong; I do like Hillary (mostly).

I'm not so sure about Hillary.

Women's issues are really at the forefront of this election, with conservative men (and scarily, women) throwing around plenty of rhetoric about controlling our reproductive and family planning decisions.

Also, there's the issue of equal pay, and the strange fact that we're the only developed country on the planet that doesn't guarantee paid leave for moms with new babies.

It definitely is an important election.

But I'm not so convinced electing a woman is guaranteed to get us these things.

We've got to look at the issues a little closer than we have been.

We've got to dig a little deeper.

The more I learn about Bernie, the more I realize he's the better choice.

Here are three reasons why:

Bernie is fighting for equal pay for women, as is Hillary.

But here's where Bernie goes further: He is fighting for higher pay for all Americans.

While equal pay is super important, it's not enough if equal pay is still keeping plenty of American women or families in poverty.

This helps all women achieve equality and better pay overall.

While Obama's Affordable Care Act took care of a few of the issues regarding our nation's healthcare crises, there are still 33 million Americans who don't have insurance.

Bernie's plan of universal health coverage is a Medicare for all, single-payer system that takes the private companies out of the equation and lets everyone have healthcare.

This is so crucial for women, who have, on average, higher healthcare costs than men.

Hillary's plan is to keep the private companies involved, which has been expensive and sometimes hard to obtain, especially for young women and single moms.

Here are Hillary's plans and Bernie's plans, for comparison.

Although Hillary has been talking about it more in the past month (last year, she said she didn't think it was possible), Bernie has a set plan for paid maternity leave for moms.

He plans to fight for three months of paid leave, which is awesome.

Every mom should be able to stay at home if she chooses, without having to rush back to work in fear of losing her job.

Plus, more women are now contributing to his campaign than they are to Hillary's.