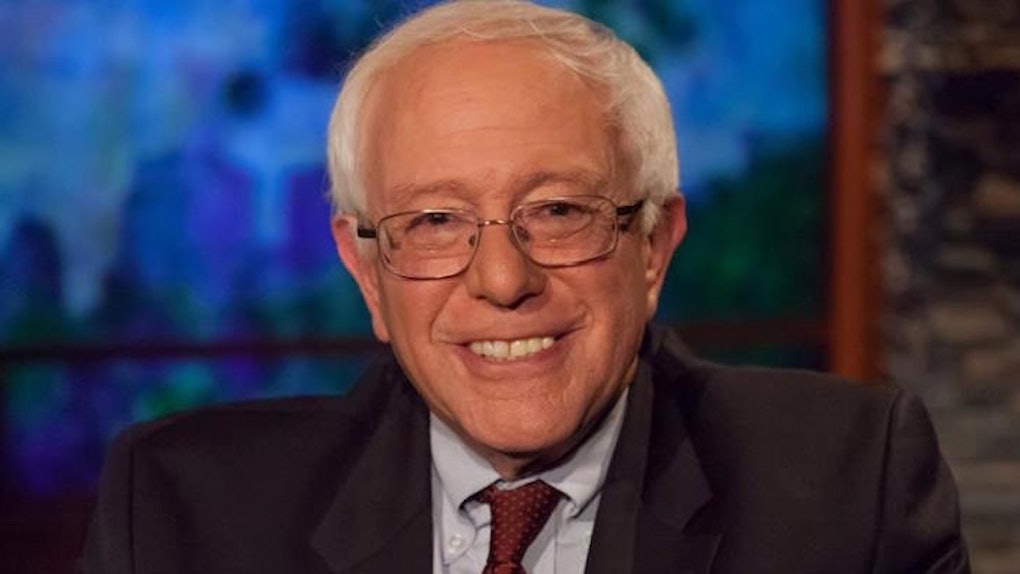 How Bernie Sanders Will Change Your Mind About The Label 'Socialist'

Bernie Sanders is a democratic socialist. Before your mind goes straight to Stalin's Gulag and Iron Curtains, though, let's talk about what that means.

In a number of different outlets, Bernie Sanders has come upon the suggestion -- which in many other cases would be more of an accusation -- that he is a democratic socialist. Instead of renaming his views, dancing around the subject or flat out denying it, he embraces it.

It is, quite frankly, refreshing.

Before we get to him, though, let's talk about the idea itself. Thanks to the Cold War, Socialism has been a dirty word in American politics for about 70 years now, and Sanders will be fighting an uphill battle to try to change that.

In Sweden, though, the state just proposed extending paid paternity leave to three months. In the Czech Republic, parents can take up to three years of paid parental leave.

In many European countries, both health care and education all the way up through graduate degrees are entirely free.

In Finland, every family receives a special “baby box” for the birth of each child, equipped with everything a parent could need for those first few months -- condoms included.

If they already had a child and don't need the box, they can opt instead for financial compensation to the tune of 140 euro. Seriously.

I could go on, but you probably get the idea. Democratic socialism, which these countries' governments all practice to some extent, isn't what we've gotten to know from Soviet spy movies.

It isn't a nanny state that tries to police your every move. It isn't even an arrangement in which the country's citizens have no personal responsibility, as so many Republican candidates have claimed over the years.

It's about support. It's about equality. The idea behind the Finnish baby box is that every child should have an equal starting point, but it doesn't stop there.

The Nordic countries, which includes Finland, Sweden, Denmark, Norway and Iceland, are at the top of scores of desirable measures.

Bernie Sanders is here to tell us we could have all those things for our country and much more... Except for the baby box -- as far as I know, he hasn't said anything about that yet.

Perhaps the most surprising thing about all of this is, well, that he's serious.

Just when the Democrats were settling into the idea that Hillary is who they'd be supporting for better or worse, just when they accepted that Elizabeth Warren will not — and I repeat, NOT — be running for president, in steps an old white guy with the same fire that Warren has and the same drive to change American politics as we know them.

Or, as Daenerys Targaryen would say, Bernie Sanders wants to break the wheel.

It's a shame he doesn't have any dragons to back his cause. Instead, he has the examples of successful countries that have put his policies into action, to great success.

On "Late Night with Seth Meyers," he outlined his views more specifically, particularly about why "socialism" isn't a dirty word to him.

Using one example, he explained,

In most countries, health care is a right of all people. I don't see that as a problem.

And the thing is, his form of democratic socialism isn't actually extreme, even in America. In fact, it aligns directly with a lot more of the country than many people seem to have noticed.

His view that the increasing wealth gap is a huge problem in America is one that 63 percent of Americans share. A majority of Americans, like Sanders, believe money in politics is hurting the system.

Sizeable majorities believe higher education is too expensive and that student loan debt is a big issue. Sixty-nine percent of people believe global warming is happening at least partly because of human activity.

He's got a lot going for him: passion, early support and ideas for policies most of the country supports (even if some of those people would normally vote Republican). For all the Democrats who would have supported Warren's fire over Clinton's centrism, this is the guy.

His challenge will be fighting with the buzzwords -- in other words, changing the public's view on the word “socialist.” Is it possible? Yes, definitely. Will it be difficult? Even more so.

We may not have seen this coming, but it's about time we took note. Bernie's in it to win it.