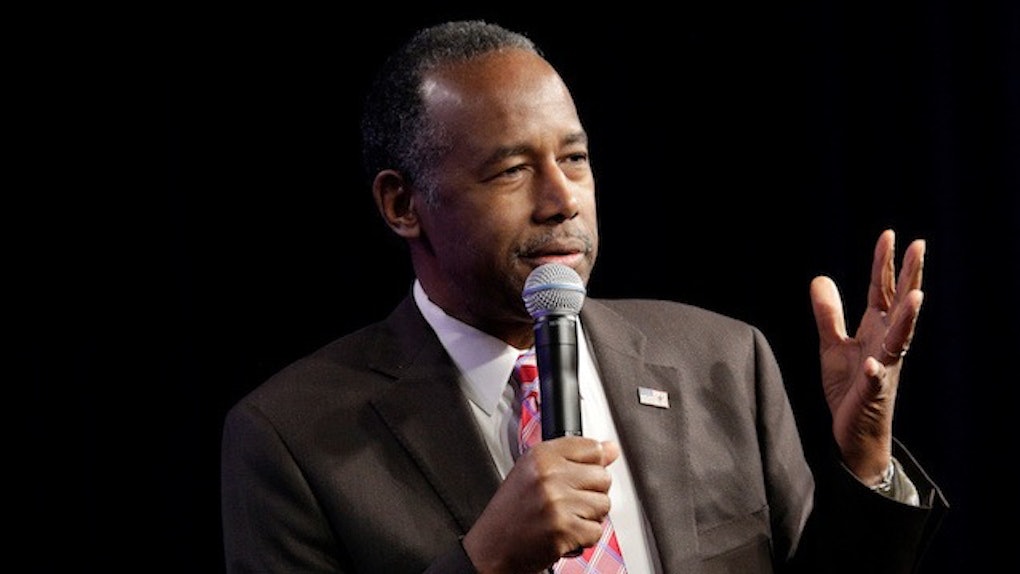 Ben Carson Said Slaves Were Immigrants And People Are Furious

On Monday, Housing and Urban Development Secretary Ben Carson referred to slaves as "immigrants" while speaking with department employees, and a lot of people are not happy about it.

Carson, a former neurosurgeon, was confirmed as the Secretary of Housing and Urban Development last week, in spite of his lack of experience in this area and the fact he said he wasn't qualified to run a government agency.

With these remarks, he's gotten off to a very rocky start.

Here's a video of his statement.

Carson's comments generated a mixture of confusion and anger on Twitter.

Just to be clear: Slaves were not immigrants.

Immigrants — both past and present — are those who've voluntarily migrated from their home country to the US (or another country).

People who were violently torn from their homeland, enslaved and subjected to rape, lynching and murder for centuries were not immigrants.

These are fairly basic concepts that adult Americans should know, especially one heading a government agency.

It's understanding why many found Carson's remarks insulting, given he just completely distorted the facts surrounding one of the darkest and most shameful aspects of America's history, the legacy of which the US has not yet escaped.

Sugarcoating the past, or not telling the full truth about it, is dangerous.

We have to be honest about our history if we truly desire progress.

There's also the fact slavery still persists in various forms in the present-day because of human trafficking. It's also wrong to refer to anyone subjected to such crimes as "immigrants."

But, perhaps we shouldn't be that surprised, given Carson believes in creationism and the pyramids were used for grain storage.

It also wasn't that long ago Carson equated Obamacare with slavery.

Not to mention, during his presidential campaign, Carson compared women who get abortions with slave owners.

So, when it comes to history, and especially the subject of slavery, Carson could clearly do with a re-education.