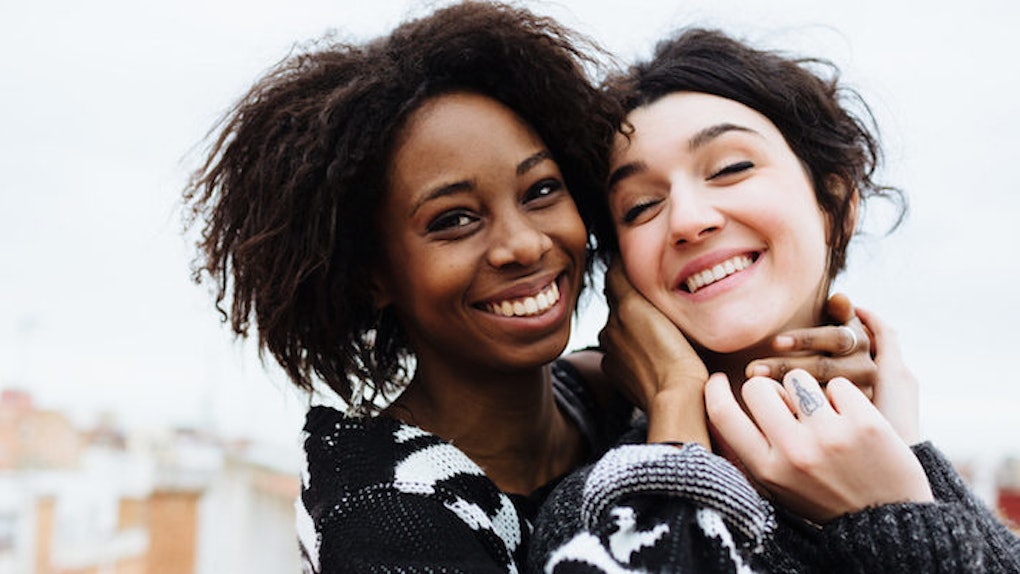 Join The Movement: 9 Ways To Be A Better Ally To A Social Cause

You've found a social issue you’re inspired by and passionate about. It doesn’t affect you, but you still care, which is awesome! However, sometimes when you think you’re “just trying to help” the situation, you end up messing things up for those same people who are being oppressed.

You feel embarrassed and out of place. How did this happen?

Let’s make sure it doesn’t again with this checklist:

1. It doesn’t matter that #NotAll (fill in the privilege).

You may think you are a feminist ally, for example, until an event, Internet movement or hashtag that challenges your perception comes along.

For example, as a man, it’s great that you aren't actively sexist. But the critical issue is that most men are trained to be. It’s the bigger picture. And it’s about the system and the society that create more people who harm others and perpetuate oppressive behaviors.

Saying “not all men do that” is beside the point and detracts from the critical attention necessary for these important issues.

2. Acknowledge the existence and effect of the larger system.

One of the keys of being a good ally is acknowledging that these systems were made by our forefathers to keep people of color, indigenous people, LGBTQ people and women subordinate.

The results and ideals of those systems are still carried out today, in sometimes hard to see but very real forms. These forms of oppression intersect between sexuality, race and religion.

3. Amplify the voices of the oppressed.

It is in your best interest as an ally to recognize the unfortunate power dynamics that rest between you as a privileged ally and another person as an oppressed minority.

The world is still unfair.

If you’re getting more attention about speaking out about an issue than someone who is actually affected by it, due to your passing privileges, hand the microphone to that person.

Voices of color, voices of females, voices of anyone who wasn’t deemed important by the patriarchal, whitewashed eyes of countless societies, have been stifled for a large chunk of America's history.

You can be part of a time when they are heard, just like they deserve to be.

4. Don’t just talk the talk, walk the walk. Even when it's awkward.

Prejudice manifests in many different ways, besides the purely rhetoric.

As a good ally, you should try to embody and act on your beliefs. Don’t just share that anti-transphobia article on Facebook. Call your friends out on it when they make a not-so-funny joke.

It’s the sometimes-awkward, sobering interactions that can and will stop the violence and the prejudice.

It’s two minutes of uncomfortable learning and education for a step in making a huge difference in someone’s life.

5. Go beyond being an on-paper ally and start thinking about your inner self.

How has society taught you to react to people who have been historically marginalized?

Prejudiced phrases are taught to us through societal constructs played out in tired sitcom tropes, cheesy commercials and the language of our mothers and fathers. Subtle things that don't seem to matter at the moment will add up to an internalized, "natural" feeling of hatred for both others and ourselves.

Think about the words you use to describe people and the roots of them. Many of us use offensive, derogatory terms every day without considering  their subtle yet sound impact.

6. Understand you aren’t in charge.

Recognize and understand it’s not your place to tell oppressed people how to react to their oppression, or if and when they were oppressed. They know their lives and daily struggles better than you do.

“Be in the room, but not at the head of the table.” Remember, this isn’t your battle.

Don’t get mad if a person of color or another group calls you out for being ignorant about a facet of the movement. This privilege check can make you feel like you’re getting kicked down for just trying to help, but the oppression these people face every day is very real.

They just want you to understand.

8. If you haven’t already, learn intersectionality.

All groups that are oppressed must understand each other and work together to conquer a corrupt and oppressive system.

As an example, let’s think about Taylor Swift’s "VMA"-centered flub on Twitter. What was wrong with it? A black female artist was speaking on how black musicians were ignored and Swift interjected, relating the situation to herself.

Swift did not necessarily understand that as a black female, Nicki Minaj is more oppressed than a white woman is. Swift originally only thought about the social issues that affected her (feminism) without thinking about the fact that race affects Nicki and ultimately any group that is viewed as subordinate.

A privileged view of feminism would see no problem with Swift’s accusation of  Minaj “pitting women against each other,” while an intersectional one can understand and stand behind the fact that the Western values in our society that are imposed on people are both racist and sexist. These two can harmfully intertwine to marginalize someone to an extreme point.

Not all struggles are about you, just because you face one of them.

9. Remember that you are important.

People are thankful that you are intelligent and compassionate.

It’s really, really awesome that you are introspective, empathetic and purely good enough to be passionate about "Black Lives Matter" as a white person or about intersectional feminism as a male.

You are important and valued. Thank you.