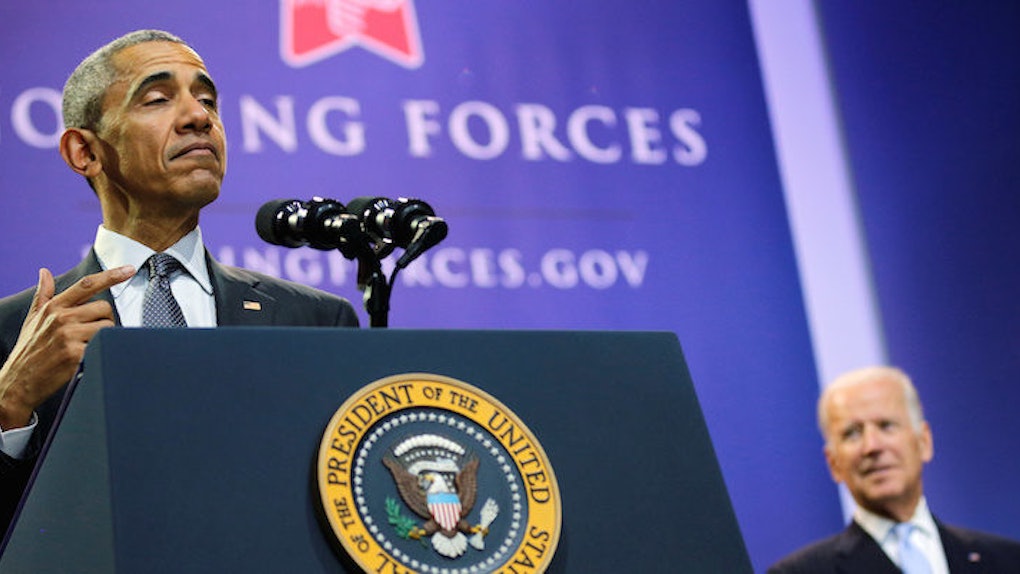 President Obama Perfectly Explains Why You Should Live In The Present

President Barack Obama was interviewed by The New York Times along with "Breaking Bad's" Bryan Cranston. No, for real, that combination happened.

During the interview, Obama started saying some discouraging things about the current political climate, especially in regard to Congress. It's pretty easy to get caught up in that mindset seeing how politics has been going recently.

But still, he said, he thinks this is the best time to be alive.

Obama said he was speaking with some "idealistic and motivated" young interns recently and tried to inspire them to avoid cynicism.

I told them, if you had to choose a moment in human history to live — even if you didn't know what gender or race, what nationality or sexual orientation you'd be — you'd choose now. There's power in nostalgia, but the fact is the world is wealthier, healthier, better educated, less violent, more tolerant, more socially conscious and more attentive to the vulnerable than it has ever been. Now, there's also enormous cruelty and tragedy and stupidity and pain. But we tend to forget what the world was like.

He went on to talk about veterans from the Vietnam War and the chaos that Southeast Asia was left in after the US retreated from the region.

Obama said he told the young people all this to try and rid them of cynicism. He continued,

I say this because I'm trying to inoculate them against cynicism, which is a powerful force in our culture. It's what passes for wisdom, being ironic and cynical.

He explained although the current political climate seems stunted and argumentative, it's less corrupt than it was in previous decades. Obama appreciates the current population is more open, saying,

But my optimism springs from the fact that ordinary people are less narrow-minded, more open to difference, more thoughtful than they were during LBJ's time.

Obama is pretty right on this count, and it's important to look at the present time with that perspective. Although it's been a crazy year, at least some things are better.

Citations: Barack Obama and Bryan Cranston on the Roles of a Lifetime (The New York Times)