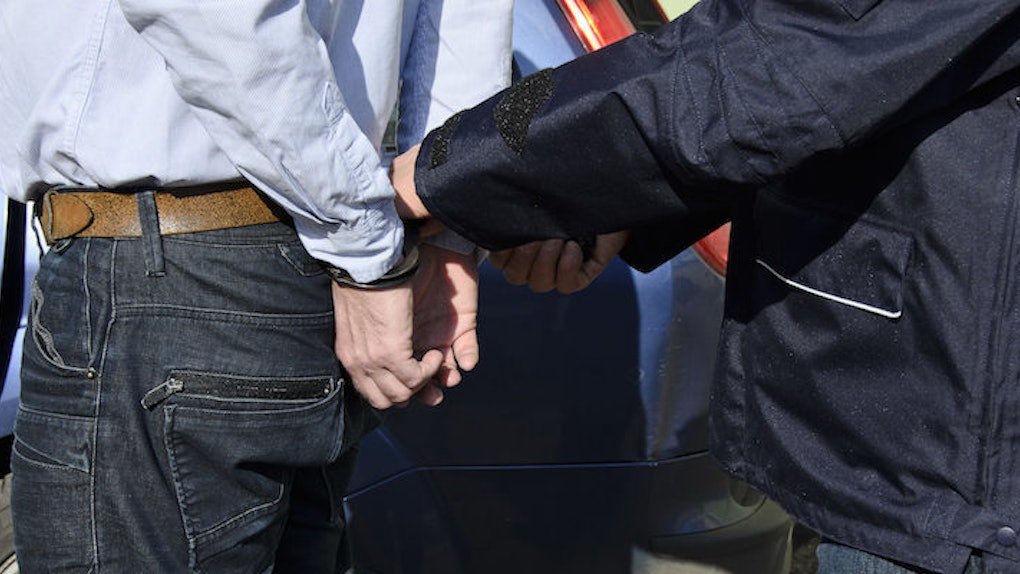 While Abdel Fattah el-Sisi, the president of Egypt, was visiting the United Kingdom and attending awkward meetings with David Cameron, some of his fellow Egyptians were having much bigger problems than trying to impress European leaders.

It seems like Sisi was merely trying to get away from the problems in his country, and was away for some down time while his cabinet was hard at work denying bombs on airplanes and human rights abuses.

Don't get me wrong; a lot of things were going on at this time. Alexandria was flooded with water after heavy rainfalls and no working drainage system.

The Sharm el-Sheikh airport was flooded with Russians who were unable to return home after all flights were canceled amid claims that ISIS bombed a Russian airline last week.

It's easy to see how the arrest of journalist Hossam Bahgat would fall under the radar in most countries.

In Egypt, however, social media is ablaze with outcries of human rights violations, due to the allegations against the prominent reporter.

Bahgat, an investigative reporter at the independent newspaper, Mada Masr, and prominent human rights activist was summoned by military intelligence on Thursday and interrogated on charges of “publishing false news that harms national interests and disseminating information that disturbs public peace."

He was held for nine hours, according to his employers at Mada Masr.

The arrest follows Bahgat’s release of a feature on the independent website in October, informing the public about a planned coup d’état by the Muslim Brotherhood, which is the organization backing former president, Mohamed Morsi.

It is now officially categorized as a terrorist group by the Sisi government.

The article depicts the arrest of 26 military officers starting in April 2015 for supposedly conspiring against the government.

Although Bahgat talked to the defendants’ families and was given information about the processes, he states no official papers can either confirm or deny the charges.

The piece published on Mada Masr’s website is merely able to call on family witnesses, as there are no official or public papers about the arrests anywhere to be found.

Bhagat says in the article:

Like the other defendants, Ruby told his family and lawyer that he and the other defendants were tortured during the first phase of their detention in Military Intelligence headquarters, but that their treatment improved relatively after their transfer to military prison, where they were provided with food and water and were allowed to sleep.

Bahgat goes on to claim all defendants in absentia received life sentences.

The other defendants received 10 and 15-year sentences on August 16, 2015. These were not final, since their ratification had not yet taken place.

Not taking the validity of Bahgat’s report into account, Amnesty International immediately released a statement about his arrest, stating, it is “a clear signal of the Egyptian authorities’ resolve to continue with their ferocious onslaught against independent journalism and civil society.”

The arrest of Hossam Bahgat today is yet another nail in the coffin for freedom of expression in Egypt. He is being detained and questioned by the military prosecutor for peacefully exercising his right to freedom of expression, and must be immediately and unconditionally released. Any charges brought against him must be dropped. -- Philip Luther, Director of the Middle East and North Africa Programme at Amnesty International

The news of the arrest broke after Bahgat’s interrogation on Sunday, when he was able to summon his lawyers through a three-second phone call to his employers.

They, in turn, have communicated with family, friends and the public since Bahgat has formally been charged.

Social media reacted quickly, decrying the arrest as yet another offense against human rights in Egypt.

To me, @hossambahgat was always the bellwether of how far one can go in their writings on #Egypt. The state just provided the dreaded answer — Amro Ali (@_amroali) November 9, 2015

Timing of @hossambahgat interrogation instructive in that it is happening at point of heightened scrutiny of Egypt, and regime proceeds. — Michael Hanna (@mwhanna1) November 8, 2015

Hossam will remain in military detention for 4 days solely for a carefully researched and accurate investigative piece he published. — Heba Morayef (@hebamorayef) November 9, 2015

He was simply fighting for human rights in Egypt as the founder of Egyptian Initiative for Personal Rights (EIPR).

He was unaware he would be at the receiving end of what many call blatant affronts to freedom of speech and expression. Two EIPR attorneys attended his interrogation.

In 2011, Bahgat received the Human Rights Watch's Alison Des Forges Award for his outstanding contributions to personal freedom in Egypt.

He has worked as a journalist for Mada Masr since 2014, releasing articles about the publicly-funded, lavish lifestyle of former president Mubarak, among other investigative pieces.

Early on Tuesday, as a surprise to his supporters, the Court released Bahgat without bail after he signed a paper that stated he had not been harmed physically or emotionally, and he will abide by the law to report on military forces.

However, his charges as of now have not been dropped.

If he is to be sentenced, Bahgat will face an unspecified jail term and a large fine. The final decision on his charges is expected on Monday.

Although the public has responded to his early release with positivity, the remaining charges paint a dark picture of the backlash on journalism in Egypt.

It appears President Sisi has a lot of work ahead of him upon his arrival back home.

International criticism of human rights violations, however, are far from new for the president, who assumed office after the 2013 ouster of President Morsi and the Muslim Brotherhood.