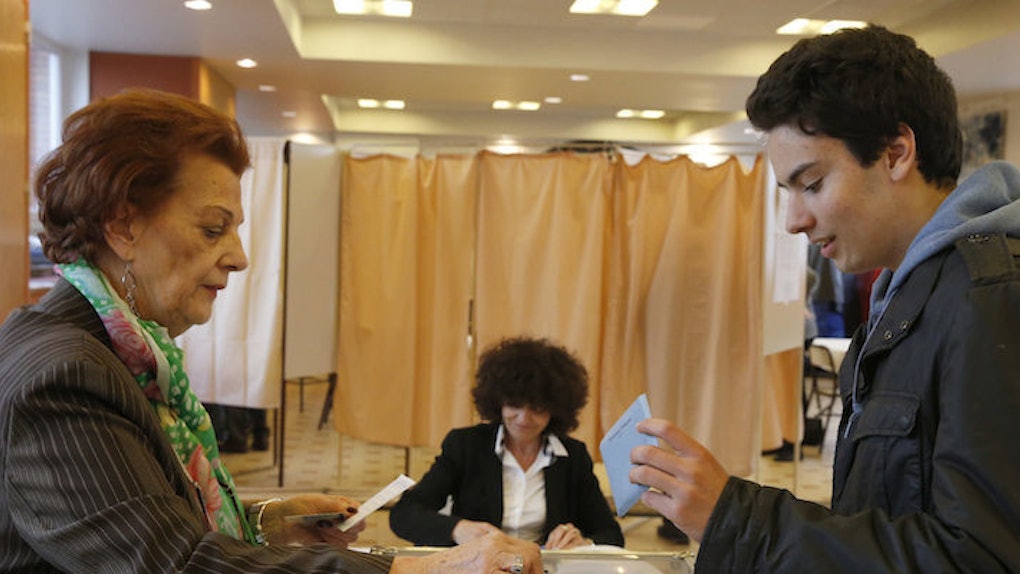 Arguments Against Voting Debunked: Why You Have No Excuse Not To Vote

Are you registered to vote?

If you're a Millennial, you are included in the biggest, most influential generation today. In other words, your vote in the upcoming 2016 presidential election matters.

For every reason Millennials are encouraged to vote, there are a number of excuses as to why they don't. Here are seven of those excuses and why your justification for not voting is being vetoed:

1. "I'm not informed about the issues on the ballot."

This is probably the most popular excuse people use to justify why they won't vote. The solution is simple: Do your homework.

Yes, we know that doesn't sound glamorous, but it's really not that difficult.

You can easily Google a candidate or an issue to learn more about it. Sometimes, even your Secretary of State will create issue guides for you.

And, in heavily publicized elections like the upcoming 2016 presidential election, there are all sorts of TV pundits, talk shows, voting records, news stories and ads that give viewers quick snapshots of a candidate's platform or what a certain issue, bill or policy entails.

Chances are, once you get a glimpse of a topic that interests you, you'll want to go vote and make your opinion heard. Regardless if you know about the issues or not, they still affect you.

Unfortunately, this is the case for most unregistered voters. It may seem complex, but there are many state elections officials willing and able to help guide you through the registration process.

In some states, you can register completely online; in others, you'll need to fill out some paperwork and send it to your Secretary of State or Board of Elections office.

It's understandable you might feel this way, but it couldn't be further from the truth. Just the other month, a mere 83 votes decided the nominee for the Governor of Kentucky!

Elections can be extremely close (Bush v. Gore), which is why every vote counts.

Voting is the first step in making sure your voice is heard. It may not seem like it, but your vote could be the deciding factor in a major election.

4. "I have better things to do with my time than vote for the president."

We'll be straight with you: We all wish we could just vote with an app on our phones. Unfortunately, our government isn't quite there yet.

But, that doesn't mean you have to completely give up your right to vote.

The vast majority of people go into the ballot booth with their minds already made up about who and what they're going to vote for. At the end of the day, clicking a button on a screen or bubbling in a handwritten ballot only takes a few minutes.

That means, even if there's a line, it's going to move quickly. (Bonus: If you're already in line to vote when the polls “officially” close, they'll stay open and let you vote.)

Additionally, your polling station won't be that far away since you vote in your county.

Don't cave into the apathetic stereotype of Millennials! Go get 'em.

That's what early and absentee voting is for. If it's physically impossible for you to get to the polls on Election Day, you can vote before Election Day, and it'll count.

Some states even offer weekend voting!

6. "It's Election Day, and I forgot to register. Why even bother going to the polls?"

This means if you haven't registered by November 8, you can still vote.

7. "Our government doesn't seem to get much done anyway, so what's the point?"

The best way to guarantee government efficiency is by voting! Vote for the candidates who'll make it a priority to get stuff done!

Not voting for the officials who perpetuate the cycle of stagnation will keep them out of office and ultimately fix our government.

Remember, regardless of how you side, just get out there and vote!

This tiny potato believes in you, and that's all you really need: